When creative brainstorming is going nowhere 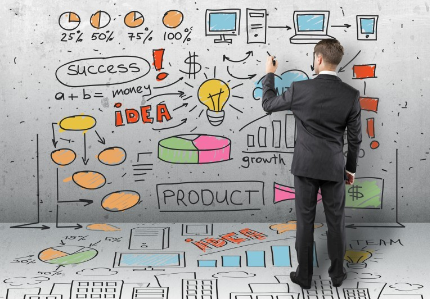 Dreaming up a successful technology in today’s fast-paced, often-chaotic startup environment requires more than developing a solution to a problem. This was the idea of Manmit Shrimali’s speech at Big Data Toronto on making creative decisions for your business. Startups have to get disruptive if they want to make waves, and this disruptive mindset begins with flipping perspective and finding a different answer to the question.

For example, the people on the Titanic needed an answer to their lifeboat problem. If the people on board the ship stopped looking for lifeboats and started simply looking for something that floats, the story might have had a bit less of a tragic ending.

Think about it: there weren’t enough lifeboats, but there was a large ship full of doors, tires, tables, crates and other materials that could be used for rafts. The giant floating iceberg itself could have held people as they waited for rescue.

Maybe this hindsight is a bit unrealistic. After all, poor Jack Dawson didn’t make it off the floating door. The morale of the story is — like so many creative brainstorming sessions suffer from — the people of the Titanic fell victim to functional fixedness.

Functional fixedness: cognitive bias that limits a person to using an object only in the way it is traditionally used.

In other words, it’s the tendency to cling to set patterns and overlook possible new approaches.

Disruptive technologies — like Uber, Netflix and Spotify — breakaway from functional fixedness and search for different answers in established industries. Netflix started eight years ago as a Blockbuster rival with a website where you could rent DVDs and get them through the mail. Now, Netflix is an online platform allows you to watch the movie or television show instantly, and even offers exclusive content.

Netflix went beyond answering the question. Instead, they changed perspective and found a different answer.
When brainstorming for creative solutions and technologies, remember that sometimes the question isn’t finding lifeboats, but finding something that floats.