What’s Happening in Toronto in 2016

You are here:
Events 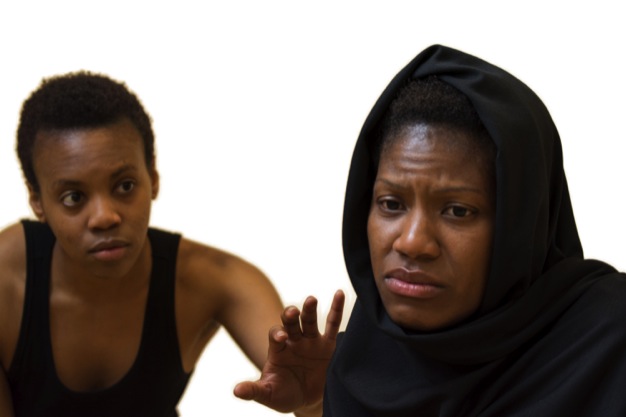 All Our Yesterdays from January 7 – 17 at Next Stage Festival

While we’re still not fully over the holiday season, and we may even have some leftover turkey in the fridge, now’s the time to shift focus to the year ahead. And in 2016, there’s a lot to look forward to. Last year, Toronto’s most established festivals attempted to out do themselves by being bigger than ever before, such as with the 40th anniversary of Toronto International Film Festival (TIFF) and Pride supersized into World Pride. But that doesn’t mean there’s not a lot going on in the coming months.

Without further ado, here are the Toronto events ClutchPR is looking forward to in 2016:

The Next Stage Festival (January 6 – 17): In its ninth year, Next Stage offers 10 up-and-coming artists a chance to further develop their Fringe Festival productions, and offers audiences a second chance to see celebrated Fringe plays. This year’s offerings include a reimagining of the classic Agamemnon, Rebecca Perry’s tribute to Old Hollywood From Judy to Bette and last summer’s Fringe Patron’s Pick All Our Yesterdays, about the 2014 Boko Haram kidnapped schoolgirls in Nigeria. Order tickets here.

Winterlicious (January 29 – February 11): To brighten up your post-holiday blues, Winterlicious is back with fixed-prize offerings from the city’s top restaurants, with more than 200 participating. Check out the full list here.

Maple Leaf Tavern (late January): This fresh take on the traditional neighbourhood tavern will bring some stylish coziness to the East End. The Tavern will open around the end of the month – our mouths are already watering.

Valentine’s Day (February 14): Yes, yes, it’s a bit hokey. But love it or hate it, you’re probably going to have to (at the very least) acknowledge Valentine’s Day. Instead of giving into the industrial candy company complex, why not take your partner to a local restaurant, or go to the cinema to take in A Date With Miss Misfortune, a charming rom-com based on the real life love story of Canadian actors Ryan K. Scott and Jeannette Sousa?

Grey Gardens the Musical (February 19 to March 6): The cult-documentary-classic-turned-musical comes to the Berkeley Street Theatre Down. The musical, which premiered in 2006, has won three Tony Awards. For the Toronto production, Lisa Horner and Nicola Lipman will play Little Edie and Big Edie Beale.

NBA All-Star Game (February 14): Toronto hosts the all-star game, featuring some of the biggest names in basketball, for the first time ever.

Hot Docs (April 28 – May 8): Some people await crocuses budding through formerly-frozen earth as the symbol of spring’s arrival. Here at ClutchPR, we look forward to Canada’s International Documentary Film Festival. The lineup is announced in March.

Pride Toronto (June 24 – July 3): It’s true last year’s celebration of gender and sexual identities was extra special as World Pride, but that doesn’t mean there’s not plenty to look forward to this year, including Justin Trudeau’s participation in the parade, the first prime minister to do so.

TIFF (September 8 – 18): In early September, everything for us becomes about the Toronto International Film Festival, and I don’t think we’re the only ones.

What Toronto events are you looking forward to this year? Let us know on Twitter.

Progress: an International Festival of Performance and Ideas
November 26, 2014