The True Heroines head to the Canadian Screen Awards

The True Heroines head to the Canadian Screen Awards

February 24, 2014, Toronto – “The True Heroines” received their first Canadian Screen Award nomination this year. The Vancouver based team behind the web drama series are walking the red carpet of the Canadian Screen Awards Gala at Sheraton Centre (123 Queen St W) on March 4, 2014.

“The True Heroines” is a multiplatform, interactive universe, comprised of a web series and bimonthly live cabaret show and upcoming print comic. Audiences are able to follow their favourite characters across these various media, creating a truly interactive fan experience

”The True Heroines” follows the escapades of three 1950s housewives who share a dangerous secret: they have superpowers. As products of a series of secret genetic experiments, these high heeled “Humans with Special Abilities” now make their perfect homes in New Paradise Hill, leading double lives to elude the mysterious corporation that hunts them. In an adventure that marries “Mad Men” and X-Men on the classic MGM lot, “The True Heroines” fight crime by day and have dinner on the table by six. 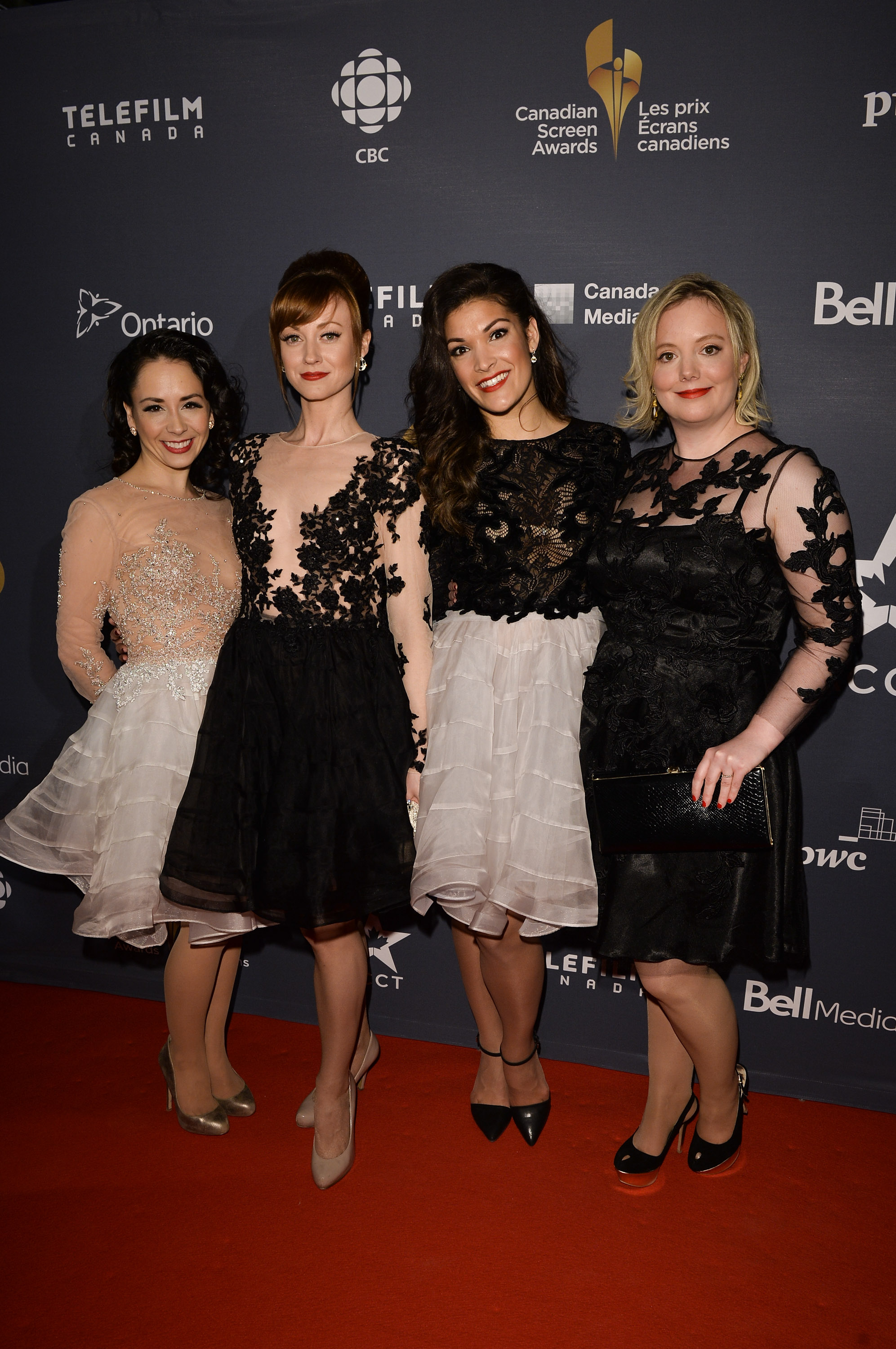 ”The True Heroines” was self produced and made thanks to a successful crowd funding campaign on Indiegogo, and local sponsorships for equipment and locations.

True Heroines Entertainment, Inc. was founded in 2010 with the mission of providing viewers with timeless entertainment across multiple media that combines riveting stories for the screen with elements of the stage. Based in Vancouver, British Columbia, the company is a collaboration of creative individuals working together to produce exciting multi-media projects for stage, screen and print.  For more information on please visit: www.thetrueheroines.com