ClutchPR returns to the Toronto International Film Festival (TIFF) with an exclusive lineup of world premieres. Click the films below to learn more. 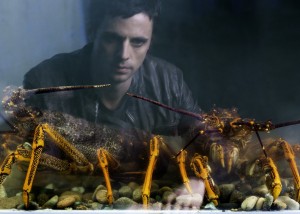 Burning Man is a reckless, haunting, funny and ultimately life-affirming love story, all of which is reflected in the film’s short opening scenes: a lovely empty garden, a car crash, a woman crying, a world in flames. Intriguing and slightly bewildering, the potency and beauty of this initial sequence raises ques­tions yet still portends answers.

When we meet Tom (Matthew Goode), it’s clear that he’s a good man, but behaving badly. He’s the principal chef at a casually chic restaurant overlooking Bondi Beach (where he doesn’t respond well to criticism from the clientele); a devoted, if mercurial, father to eight-year-old Oscar (Jack Heanly); and a man more attractive to women (lots of them) than he is to himself. Whatever is going on with Tom, his actions seem to be tolerated by those around him. But every­thing comes to a head when he prepares a birthday party for his son at a beachside park. His anger erupts and he finds himself in police custody — not much of a birthday for Oscar. As Tom descends into darkness, gem-like fragments of the story behind his current state of mind start to emerge. With the passion of his past and the emotional turbulence of his present beginning to merge, he recognizes that the women in his life, and Oscar, are all playing a part in pull­ing him back together.

Although Burning Man is a work of fic­tion, it is based on Teplitzky’s own life experience, and this undoubtedly explains much of the film’s depth and emotional punch. Stunningly photographed by Garry Phillips, Burning Man contains a host of on-point performances, none more mov­ing than those by Goode (A Single Man) and Heanly. Goode suffuses every frame with an openness characteristic of the finest screen actors, and Heanly matches him with an emotional maturity unusual in so young a performer. Bojana Novakovic is also stellar as the woman who ultimately means the most to Tom. Brave and uncompromising, Burning Man promises a rewarding journey into love and loss, and back to love again. 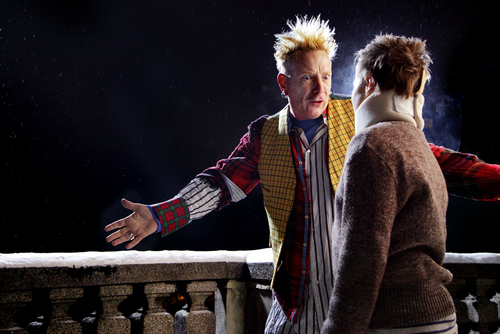 It’s 1978 and 14-year-old Nikolas is living an idyllic existence with his young brother and his archetypal, politicized hippie parents, the energetic Magnus (Sven Nordin) and the angelic Lone (Sonja Richter). When Lone is killed in a car accident, Magnus falls into a deep depression. Nikolas has nowhere to turn until his best friend proudly slaps his latest purchase on the turntable: The Sex Pistols’ Never Mind the Bollocks…. (The film was executive produced by former Pistols leader John Lydon, who plays a pivotal role in the movie.) Soon enough, Nikolas finds a new use for safety pins and buys a guitar. The real rub – and much of the comedy – comes when his father partially snaps out of his depression. Instead of disciplining Nikolas, Magnus encourages him. It may be hard to rebel, but it’s even tougher when your father is listening to the same records as you. Lively, entertaining and insightful, Jens Lien’s Sons of Norway is one of the funniest and most charming coming-of-age stories to come out of the Nordic region since Fucking Amal.

Atom Egoyan takes part in new Talent to Watch initiative
Telefilm Canada is enhancing its participation in the Toronto International Film Festival (TIFF) with new initiatives created to promote Canadian talent. Telefilm is proud to announce that renowned Canadian director Atom Egoyan will launch its new Talent to Watch initiative, which will spotlight the creative talent of the country’s emerging and established filmmakers, with Canadian and international media in attendance. Director Atom Egoyan added: “Canadian filmmakers have always relied on the visibility and attention they can draw at film festivals. This is a bold and vital initiative that fully understands the crucial role of promising young talent.”
Talent to Watch spotlights the creative talent of our country’s emerging and established filmmakers. Don’t miss our “In conversation with…” sessions at the Filmmakers’ Lounge, which promise to take an insightful and perhaps even critical look at why Canadian cinema is applauded around the world. Atom Egoyan, one of Canada’s most renowned directors, will attend the first session, The New Face of Canadian Cinema, and will deliver opening remarks. Panelists will be announced shortly.
TALENT TO WATCH DATES:

The New Face of Canadian Cinema

Over the last decade, Canadian cinema has increasingly explored the intertwined diversities of 21st-century Canada and the world beyond its borders. From tales of Canadians in settings and situations far from home, to new narratives emerging from our endlessly evolving cultural realities, our stories – both in what they are and how they are told – know no borders. This panel will examine the artistic challenges and opportunities of contemporary Canadian cinema’s rich and rewarding internationalism.

Ingrid Veninger, i am a good person/i am a bad person – Vanguard