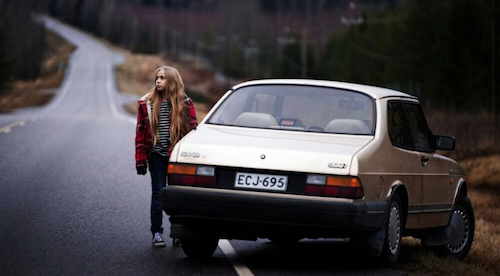 FLIES ONTO THE BIG SCREEN FOR WORLD PREMIERE

Varpu (Linnea Skog) is the young daughter of single mother Siru (Paula Vesala), whose complex relationship is the central catalyst of the genre-bending identity-thriller. LITTLE WING is a exposé on the intimacies of broken families, told from a young girl’s perspective as she bravely seeks love from her estranged father.

“This is a deeply personal film,” says Selma Vilhunen, director, writer and editor of LITTLE WING. “Varpu and her complicated experiences are inspired by my own family dynamics – I want audiences to be dragged by the neck and thrown into the protagonist’s skin.  It was a thrill to cast a debut talent beside Finland’s biggest triple-threat.”

LITTLE WING makes its world premiere at Toronto International Film Festival. Vilhunen has written and directed documentaries and fiction films since 1998. Vilhunen’s short comedy Do I Have to Take Care of Everything? was nominated for an Oscar in 2014. LITTLE WING marks Vilhunen’s fiction feature debut.

LITTLE WING premieres on September 9th at Scotiabank Theatre, (259 Richmond St W.), time and photo-call, TBC. All aforementioned talent is available for pre-festival interviews via phone or Skype. Selma Vilhunen and Linnea Skog will be attending the world premiere at TIFF and will be available for in-person interviews as of September 9th.