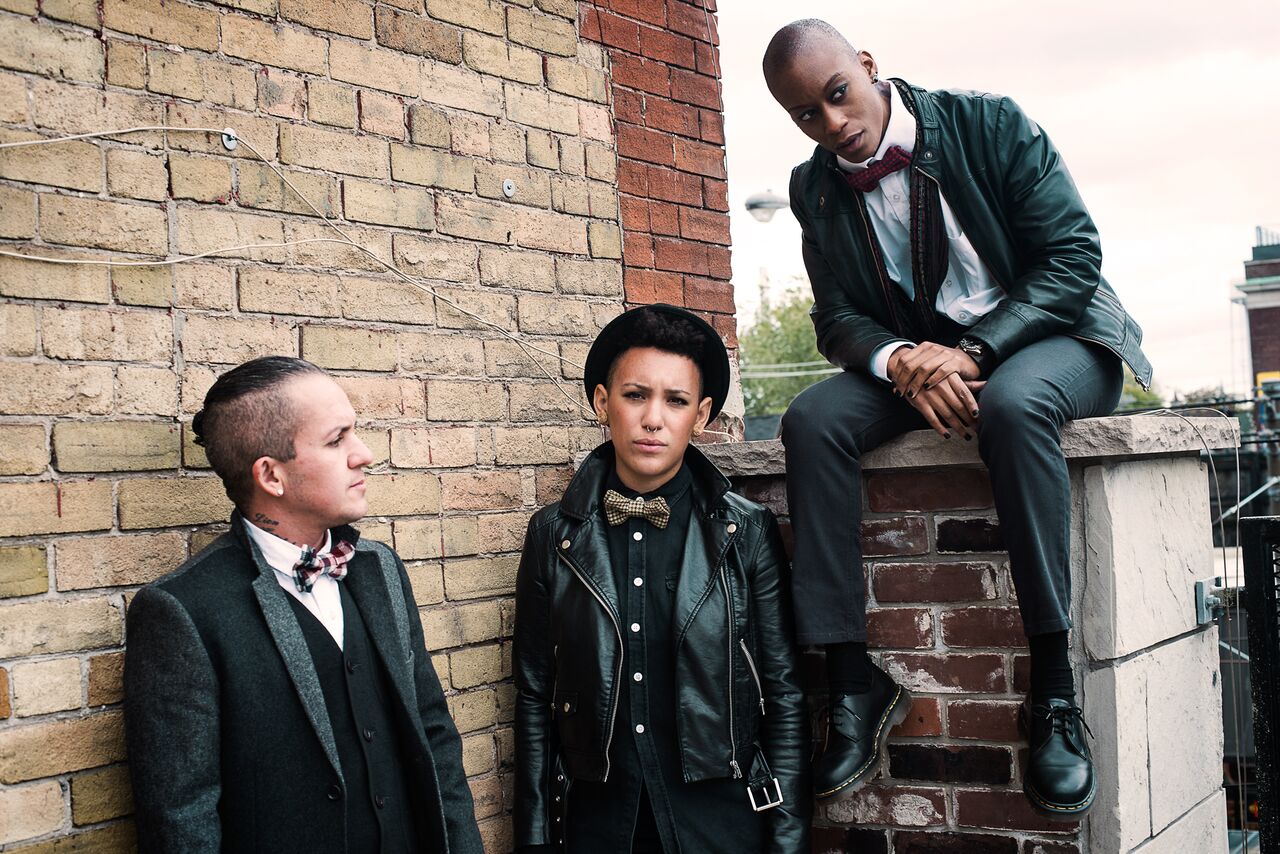 “These names are some of mine, but others may have different personal heroes,” says Jackson, who founded Alljackedup for the queer, androgynous and transmasculine fashion conscious in 2014. “The important thing is that we start a conversation.”

To keep the conversation going, Jackson encourages transgender people and allies alike to post a photos of themselves wearing their own bow ties during Transgender Awareness Week with the hashtag #TiesToLove.

According to research by the American Foundation for Suicide Prevention, 41 per cent of trans people living in the U.S. have attempted or considered suicide, compared to 1.6 per cent of the general population.

“It’s not that trans people hate themselves. It’s that society makes it so difficult,” Jackson says. “The Ties to Love campaign is my way of encouraging people to wear a symbol showing their support and solidarity.”

Fifty per cent of the proceeds from the sale of the bow tie and all other Alljackedup products purchased during the week of Trans Day of Remembrance will go to Supporting Our Youth (SOY), a Toronto-based organization dedicated to improving the lives of gay, lesbian, bisexual, transgender, transsexual and intersex youth.

For those whose personal style doesn’t include bow ties, Alljackedup offers a tie shaped lapel pin so everyone can take part.

About Ties to Love™

The Ties to Love campaign (formally Bow tie Fridays) is an international movement of solidarity, love and support for the gender non-conforming and trans community. It aims to raise awareness of trans issues and to give back to queer and trans youth while encouraging community ties. The campaign runs regular competitions via the Facebook group, offering prizes donated by Alljackedup Inc., Toronto, and other community supporters. #TiesToLove

About Supporting Our Youth (SOY)