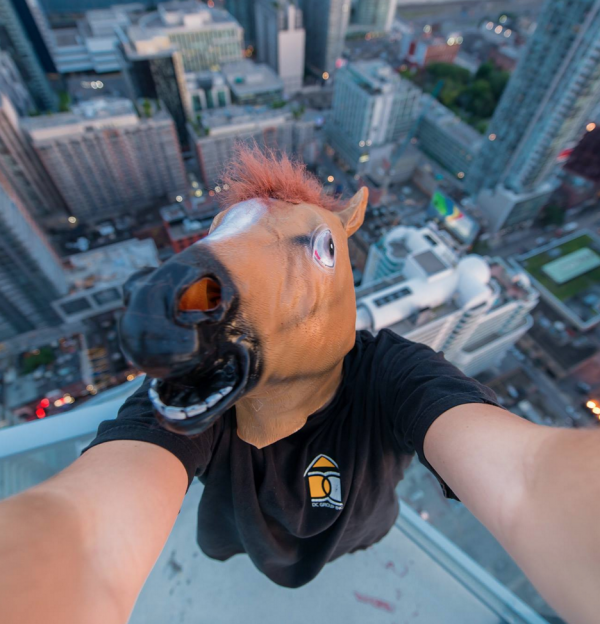 Only a handful of people can say they’ve closed down the Champs-Elysees, but the Roof Topper’s 2014 exhibition did just that.

As an award-winning photographer and urban explorer, the Roof Topper’s adventures have taken him around the world including Paris, where his 2014 rooftop showcase for Nissan Europe closed down the historic roadway. Featuring an interactive video-floor presenting a virtual panorama of the Paris skyline, anticipation of this exhibition grew to such heights that more than 500 visitors had to be turned away on opening night.

His photos have been used in award-winning campaigns for B.streets, receiving BILD awards for Best Magazine Ad, Best Newspaper Ad and Best Brochure. He also shared the NAHB National Best Signage award with LA Inc. for the use of his photos in 30 foot murals for an existing building that was to be demolished.

The Roof Topper’s aerial appetite started at an early age, as his father often tells the story of when he was startled to find his two-year-old son proudly perched upon the refrigerator. The Roof Topper now chooses to document his expeditions with his camera, being inspired by thought provoking conversations, people, music and film.

The Roof Topper has worked with large brands like Samsung, Eventscape, Allied Properties, Carrera Eyewear, Nokia, Target Canada, REMAX Condos, Ryerson University and the Canary District – Home of the Pan Am Games. Expanding into aerial photography and video, he’s aspiring to explore the landscapes of Iceland and Utah in the coming year.

Anything is possible for the Roof Topper.

To quote Oscar Wilde: “Man is least himself when he talks in his own person. Give him a mask, and he will tell you the truth.” 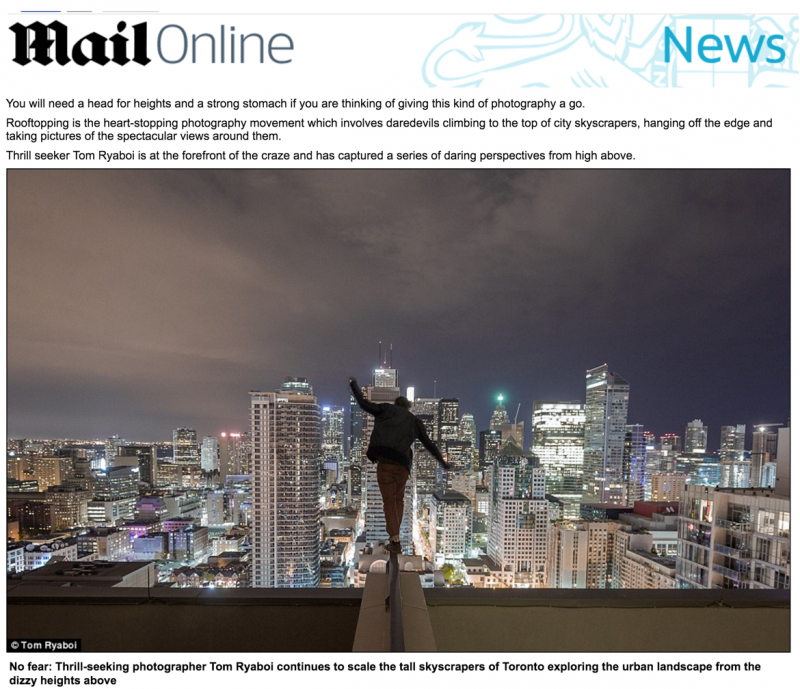 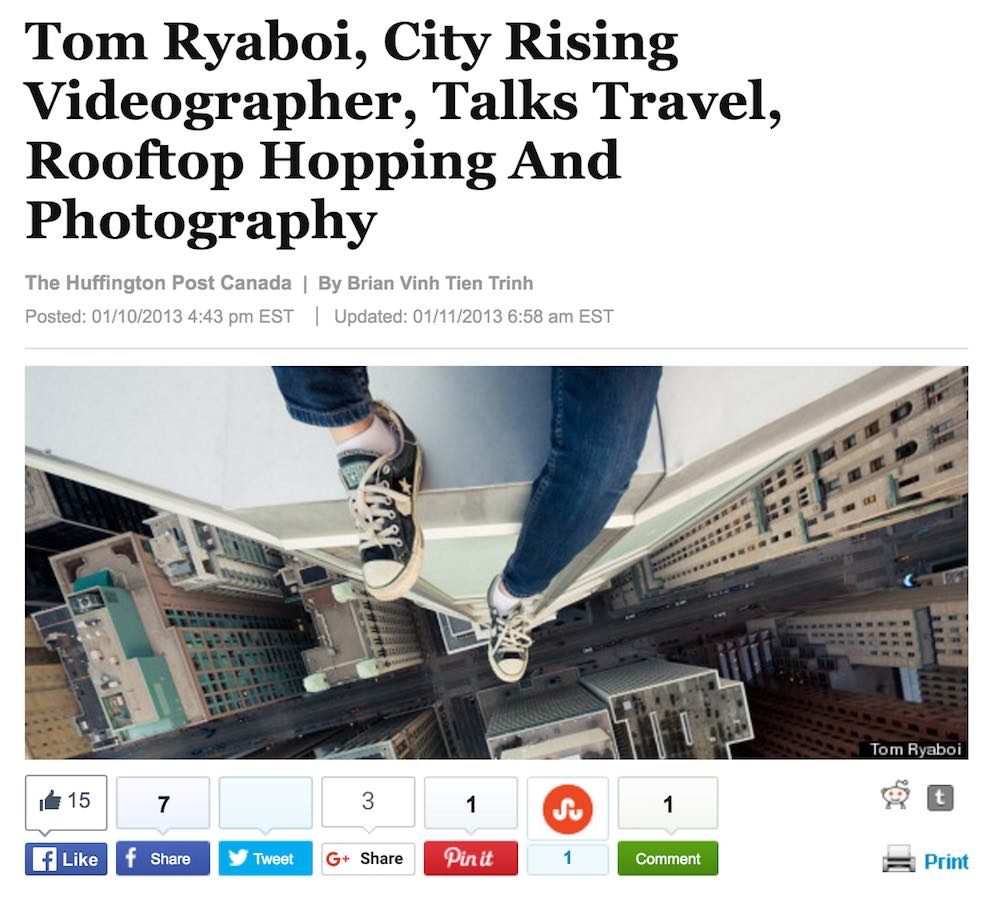