June 6, 2014 TORONTO – SummerWorks Performance Festival returns for its 24th year August 7 -17, 2014. This year’s season is sure to thrill with exciting changes, a crop of new works and moments of intensity, self-discovery and much more waiting to be discovered. SummerWorks is excited to announce its new Hub at The Theatre Centre (1115 Queen St W), where they will host Live Art programming throughout the 2014 Festival, replacing last year’s Performance Bar. SummerWorks is also pleased to return to venues such as Theatre Passe Muraille (16 Ryerson Ave), the Lower Ossington Theatre (100 Ossington Ave) and the Scotiabank Studio Theatre (6 Noble St).

Some highlights include the indie pop/rock band, The Bicycles, who are this year’s Artists-in-Residence with collaborators Maggie Macdonald and Amy Siegel. Built for the 2013 Music Series, Young Drones will be working on their original indie-rock opera. For this year’s Festival, SummerWorks is showing the work 4 times in conjunction with the release of the album for the performance. Other highlights include Thus Spoke… from Frédèrick Gravel and Étienne Lepage in the National Series, Guy Sprung’s Kafka’s Ape, Yael Farber’s He Left Quietly, a seminal work by Anne Carson in Antigonick, Zeesy Powers two works I Will Tell You Exactly What I Think of You and Common Fate and several outdoor Live Art works including Zong! by NourbeSe Philip at Garrison Park, Benjamin Kamino’s 6 hour work with his father and countless others.

“We remain committed to working with adventurous, courageous artists and work that continues to propose deep, complicated and exciting questions about the human condition. This year’s lineup is one of the most diverse and original ones we’ve been able to present at SummerWorks and I’m exhilarated by our program,” says Artistic Producer Michael Rubenfeld.

Against Gravity
Created by: Mind of a Snail
Mind of a Snail’s Against Gravity is a mind­bending shadow puppetry journey through a world full of surprises; interactive & visually delicious, like a lucid dream. Expect live music, an overhead projector and several near death experiences.

Council of Community Conveyors
Created by: Eric Moschopedis, Mia Rushton and Sharon Stevens
Council of Community Conveyors is a participatory project that seeks to map communities by collecting and passing messages from one neighbour to another. Not unlike census takers, members of the Council arrive in a neighbourhood and begin knocking on doors with the intention of registering what one neighbour has to say to the next.

Écoute Pour Voir
Production company: Danse Carpe Diem/Emmanuel Jouthe
Écoute Pour Voir consists of a variety of solos, scattered throughout the space and performed
simultaneously. Equipped with headphones attached to an iPod, dancers and viewers share
choreography face-to-face over the course of the music.

Thus Spoke…
Created by: Frédérick Gravel and Étienne Lepage
In his own way, each disrupts the established order, bodily seizing hold of our era and exploding the codes and conventions of theatre and dance. Together, the brilliant writer Étienne Lepage and the frenzied choreographer Frédérick Gravel have concocted a pop piece that is cheeky and devilishly sexy.

A Quiet Sip of Coffee (or, this is not the play we’ve written)
Created by: Anthony Johnston & Nathan Schwartz with Anita Rochon
Anthony Johnston and Nathan Schwartz reunite to tell the story of the gay conversation therapy they underwent in rural BC as a piece of theatre. The self-proclaimed gay/straight best friends duo did the therapy as a prank.

AMY Project: Transfusions
Created by: Participants of The AMY Project 2014
Transfusions explores how a body fights to survive when the perfect storm of healthy blood circulation breaks down.

And Now, The End
Created by: Victoria Houser, Emily Nixon, Drew O’Hara, Zach Parkhurst, and Jake Vanderham
With the announcement of the coming apocalypse, the citizens of Roxton, a small Canadian town, struggle to come to terms with their imminent doom. This new Canadian musical follows eight individuals and what they choose to do with the time they have left.

Antigonick
Created by: Anne Carson, directed by Cole Lewis
An inexperienced girl contemplates an inappropriate act, a new leader struggles to maintain order and a mute man meanders around. Who among them will commit an act of perfect piety?

Bitter Medicine
Created by: Clem and Olivier Martini & The Theatre Lab
Based on the award-winning graphic memoir of the same name, Bitter Medicine explores living with schizophrenia.

Blindsided
Created by: Sabrina Reeves
A woman is biking to work when she’s hit by a car. Large-scale film projections and live performance create a double exposure where the past and present is fast dissolving.

Chicken Grease is Nasty Business!
Created by: Michael Miller
Modestine hatches a plan to lure her sons back home but her son Dwayne’s bride-to-be clearly has other plans.

Complex
Created by: Rebecca Applebaum
Complex traces a tutor’s growing fascination with her student as she yearns for a more exciting world.

Gash!
Created by: David Benjamin Tomlinson
When Mother calls you on the phone it’s best to talk awhile, for disappointing Mother will surely rob her of her smile.

Half Girl/Half Face
Created by: Zoë Erwin-Longstaff
Young Girl is astounded to discover that a photo of her face has gone inexplicably viral.

He Left Quietly
Created by: Yael Farber, directed by Leora Morris
Duma Kumalo, a young black man, is wrongfully convicted of murder and sentenced to die. After 4 years on death row, just 15 hours before he is to be hanged, the state grants him a stay of execution.

Kafka’s Ape
Created by: Franz Kafka & Guy Sprung
Captured on the Gold Coast and imprisoned in a cage, Redpeter’s only escape route is to become a walking, talking, spitting, hard-drinking member of the Peace Industry. Based on Kafka’s short story “A Report to an Academy.”

Madame Mao
Created by: Janet Lo, Paul Thompson, Samantha Wan and Severn Thompson
In a Beijing jail cell, a young official is drawn into the telling of a prisoner’s story.

Maracatu You!
Created by: Suzanne Roberts Smith with Aline Morales and her Afro Brazilian Percussion ensemble of Maracatu Baque de Bamba
From the streets to the stage and back again.

Paradise Red
Created by: Bruce Gibbons Fell
The 1973 Chilean coup d’état has brought melodramatic conflicts upon the members of General
Riofrío’s family, including his death and other secrets. Presented as a telenovela.

Row
Created by: T. Berto
With a keen sense of his history as an Aboriginal ward, and the market for his trade, Sonny reveals the inner self required to be a ‘kept boy’.

The Calm Before
Created by: The Chimera Project
Choreographer Malgorzata Nowacka combines street dance and contemporary dance to create a language as raw and adventurous as her themes.

The Container
Created by: Clare Bayley
Five people thrown together by circumstance and necessity travel across Europe in a shipping container.

The Devil You Know
Created by: Wendy Krekeler
Based on a true story, Rachel is an incest survivor and is trying to come to terms with the abuse she suffered at the hands of her older brother. A Sears Ontario Drama Festival performance. 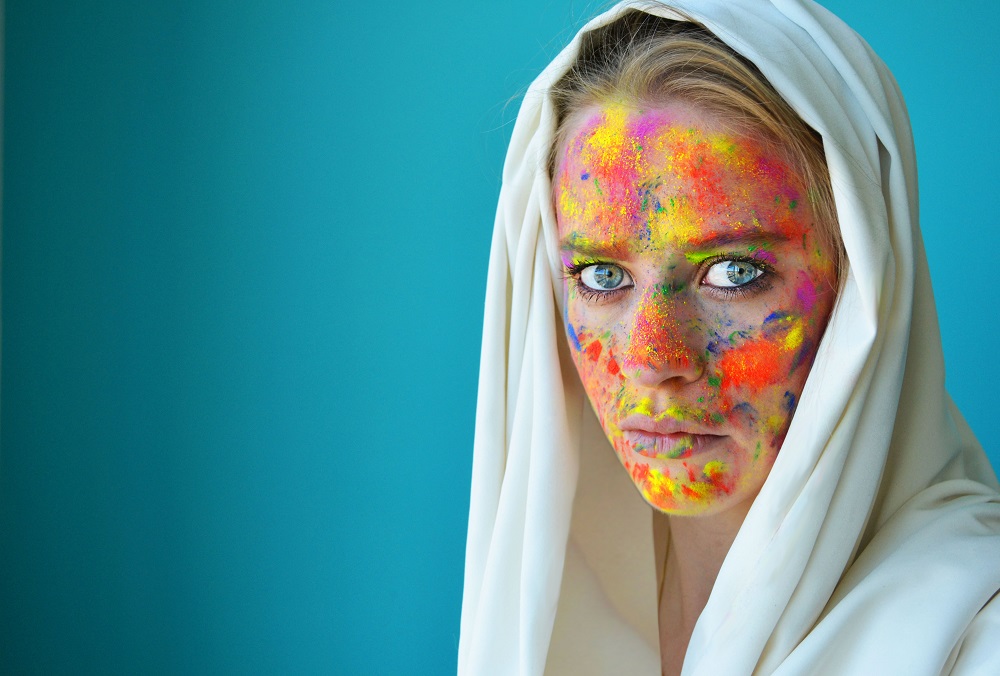 The Good Story
Created by: Alexa Gilker
God has called Alexa to help the poor and her mission takes her to an Indian orphanage where her quest to help backfires with horrific consequences.

The Widow
Created by: Amir Al-Azraki
When Nour, a widow, falls in love and get pregnant by Adil, a university professor, she is forced to turn to his mother to help abort the baby when he flees the country.

Trace
Created by: Vertical City (Bruce Barton)
Trace is a ghost telling where the audience collaborates to create an always new, unique story of desire and loss.

Tragedy, a Tragedy
Created by: Will Eno
A mournful, comic take on apocalypse by the playwright called “a Samuel Beckett for the Jon Stewart generation” by the NY Times.

Unintentionally Depressing Children’s Tales
Created by: Erin Fleck
If you’re looking for a fairy-tale, fable, or thinly-veiled metaphor to make you feel better about how life works sometimes… this isn’t it.

Unknown Soldier
Created by: Jonathan Seinen
A drama about personal integrity, resistance, and privacy. Inspired by the actions of Chelsea (formerly Bradley) Manning.

Women Who Shout at the Stars
Created by: Carolyn Hetherington
A living memoir of the lives of three strong, passionate women from 1895 to the present.

Yarn
Created by: Alex Eddington
A long summer on a lonely Scottish island.

Recurring John
Created by: Kevin Wong
In this debut of his fist complete musical theatre work, up-and-coming composer Kevin Wong examines the life of one man, through the eyes of those closest to him.

The Remarkable Journey of Prince Jen
Created by: Daniel Green (composter) and Lezlie Wade (book and lyrics)
The young Prince Jen leaves the safety of the Celestial Palace to save the kingdom of T’ang from destruction and on his journey learns what it truly means to be a ruler.

Child Psychologist
Created by: Philip McKee, Rose Plotek, Amy Chartrand
Child Psychologist is a performance experiment that places children in the role of psychologist, as an adult patient asks for their expert advice.

Pier
Created by: Katie Kehoe
For seven days of the festival and eight hours each day, Katie will sit on a wooden dock
she’s built and installed within the SummerWorks zone.

Sea Foam Blue 3
Created by: Wives
Sea Foam Blue 3 is a multidisciplinary performance on the commodiﬁcation and alienation of sex, love and womenʼs bodies taking place at Trinity Bellwoods Park.

To Live in the Age of Melting the Idea of the North 2.0
Created by: Evalyn Parry, Elysha Poirier, Laakkaluk Bathory Williams
What does “North” mean to you, Toronto? And what does Iqaluit have to say about “South?”

Zong!
Created by: M. NourbeSe
Meet at the Garrison at the intersection of memory and forgetting and asks audience participants to immerse themselves in the amnesia of history.

Flow Chart
Curator: Amelia Ehrhardt
Flowchart is a series of small scale multidisciplinary performance curated by dance artist Amelia Ehrhardt. It shows work by artists engaging with the choreographic from the perspective of multiple fields. Flowchart is interested in works that centralize the body and offers a curiosity about what happens to non-dance works when they are presented in the scope of a field that inevitably does so.

romanceship
Created by: Cliff Cardinal
When Dave, the drug and sex addicted fraudster & Madly, the bulimic and klepto chef break up (and get back together) Madly dubiously announces she’s pregnant. Dave careens into Rochelle, the transgender crack addict, and the two begin the most enveloping love affair since cocaine met baking soda.

Music Series lineup to be announced at a later date.