July 15, 2014 TORONTO – SummerWorks Performance Festival returns for its 24th year August 7 -17, 2014. The return of the Music Series promises a more exciting slate than ever, featuring ground breaking Canadian artists and up and coming talents. The Music Series continues the new SummerWorks tradition of partnering top music talent with innovative theatre/dance artists to make original and unforgettable nights of music performance.“This year is unreal,” says Artistic Producer Michael Rubenfeld. “The partnerships we’ve put together are taking the SummerWorks Music Series to the next level. These one of a kind shows will be some of the live music highlights of the summer.”This year’s music series is co-curated by SummerWorks and Silent Shout. The Music Series includes: One Night, Two BrendansBrendan Canning / Brendan HealyFriday August 8, 9pmThe Theatre Centre (1115 Queen St W) 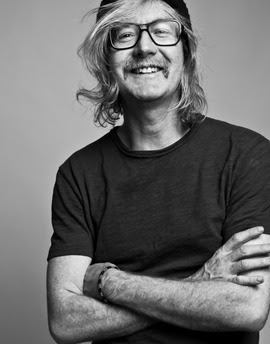 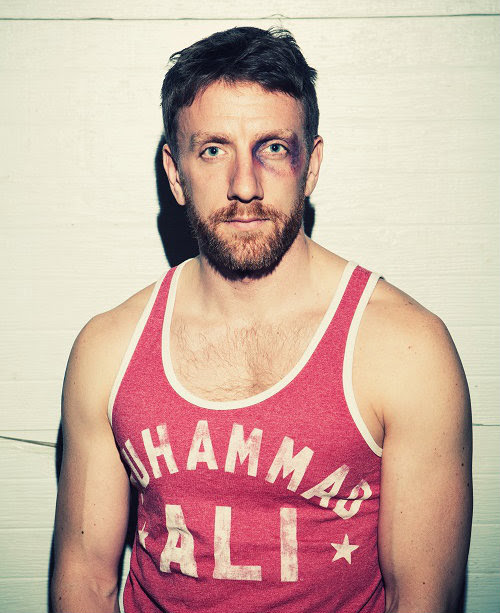 Hurtle down the rabbit hole into the collective minds of two of Toronto’s most creative Brendans: Brendan Canning of Broken Social Scene and Brendan Healy of Buddies in Bad Times Theatre come together to create one unforgettable night of music performance. Grab hold as they transport the audience into a haunting, psychedelic dreamscape of Canning’s trademark layered music and spectacular video art. This is an evening you won’t want to miss, or know how to forget. 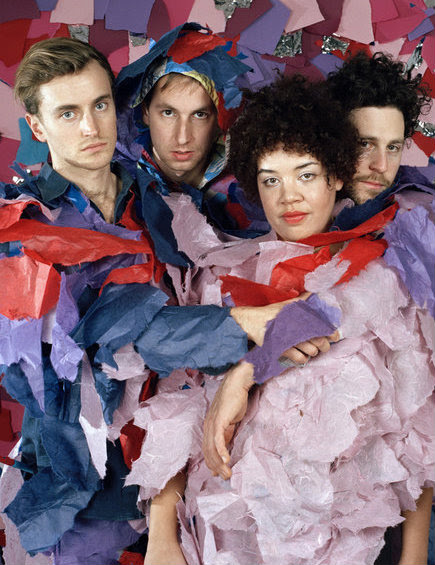 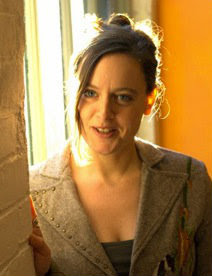 Has one eventful hour ever felt like one minute? Have you ever wondered what it might be like to morph into a living breathing human clock? Watch as one of Toronto’s buzziest bands, Weaves, collaborates with Allison Cummings (Sore for Punching You) and set designer Hannah Puley to mark time together. The Lower Ossington Theatre will be transformed into a multilevel space where the band performs live with no division between themselves, three dancers and the audience. Come take part in this interactive translation of sound, tension and improvisation as everyone gets swallowed up in a room where there’s one hour to make a connection. Failure FestArmy Girls / Cara SpoonerSaturday August 9, 9pmScotiabank Studio Theatre (6 Noble St) 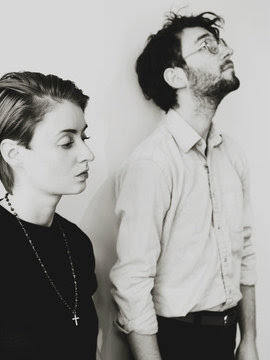 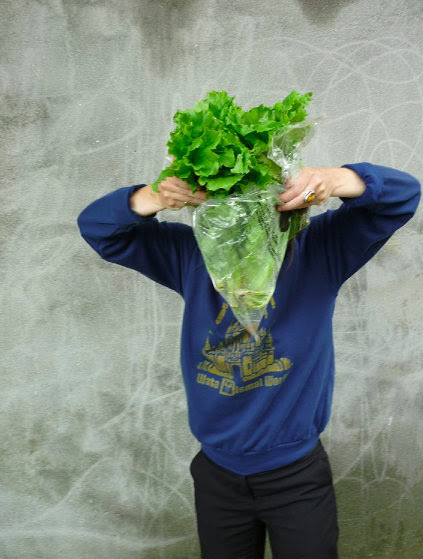 Army Girls, left, and Cara Spooner, right, 2014 Music Series artistsArmy Girls (Carmen Elle of DIANA and Andy Smith) once made an album that they abandoned, considering it a failure. Now to face their demons, they are going to play the songs from that album while Toronto based interdisciplinary artist Cara Spooner creates performative disruptions with, on and for them. Army Girls will be joined by OMHouse and a number of special guests throughout the night, each presenting their own version of failure.Young Drones: A Graphic Novel Rock OperaThe Bicycles / Maggie MacDonald / Amy SiegelThursday August 14 – Saturday August 16, 9pmSunday August 17, 4pmLower Ossington Theatre Mainspace (100A Ossington Ave) 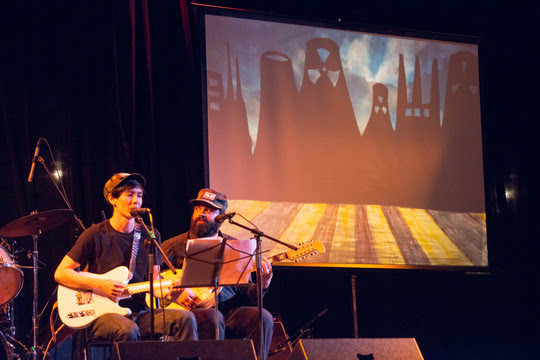 Young Drones in the 2013 SummerWorks Music SeriesYoung Drones is an explosive rock opera featuring live performance animation by Amy Siegel, and an original soundtrack performed by the Bicycles. It tells the story of two UAVs (drones) developed with one purpose in mind: “Protect the Oil.” But the drones in this musical are young; like most teenagers, they defy the human parents who create them, to design their own future. Young Drones reminds us that it’s never too late to rewrite your program, and aim to be better than the myths of your species.Young Drones was originally conceived for the 2013 Music Series and has been invited back as SummerWorks 2014 Artists-in-Residence to further develop the show for a four night engagement and album release.Do I Have To Do Everything My Fucking Self?Light Fires / Adam LazarusThursday August 14 – Saturday August 16, 10pmLower Ossington Theatre Cabaret (100A Ossington Ave) 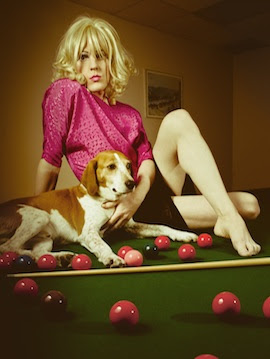 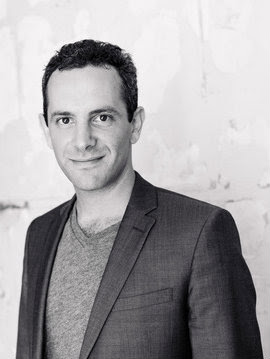 Regina, left and Adam Lazarus, right, 2014 Music Series artistsDo I Have To Do Everything My Fucking Self is a one-woman cabaret performance starring Regina, the voice of Light Fires. Most women know what they want. Regina knows what you want. With the voice of a shady angel and a body made for breaking hearts, she delivers anthems from the alleyways, and sets the nights ablaze. She will sing you some songs. Tell you a secret. Perhaps a little dance, or a joke, even. An evolution of her sold-out performance that began at the Rhubarb Festival. Regina is what you’ve been missing in your life, and this time she’s longer and uncut.  The Secret Garden of Lido PimientaLido Pimienta / Natasha GreenblattWednesday August 13, 9pmLower Ossington Theatre Mainspace (100A Ossington Ave) 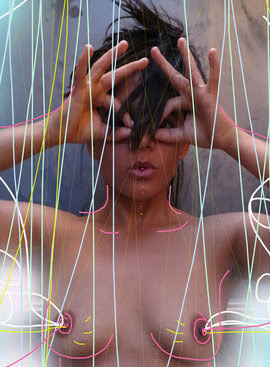 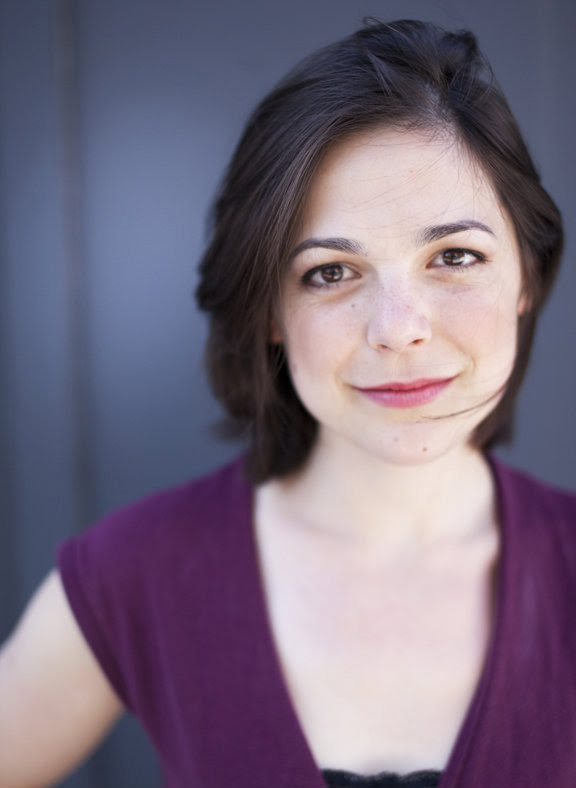 Lido Pimienta, right, and Natasha Greenblatt, left, 2014 Music Series artists Come close your eyes and hold out your hand. Here is the key to The Secret Garden of Lido Pimienta, an immersive installation and performance of electronic and experimental pop by Lido Pimienta. Featuring new, unreleased music from Lido’s latest album La Papessa and artwork and projections by multidisciplinary artist Gustavo Cerquera Benjumea, The Secret Garden is tended to by theatre creator Natasha Greenblatt. In addition to the 6 Music Series performances, SummerWorks 2014 features 33 works in the Juried Series, 11 in the Live Art Series, 4 in the National Series, 3 new Musical Works in Concert, 2 works in development and a graphic design exhibition in partnership with Artscape Youngplace. This year, SummerWorks moves their Hub to The Theatre Centre (1115 Queen St W), where they will host Live Art programming throughout the 2014 Festival, replacing last year’s Performance Bar. SummerWorks is also pleased to return to venues such as Theatre Passe Muraille (16 Ryerson Ave), the Lower Ossington Theatre (100A Ossington Ave) and the Scotiabank Studio Theatre (6 Noble St). Get social@SummerWorksFacebookwww.summerworks.ca#SW14 About SummerWorks Performance FestivalAs the largest juried performance festival in Canada featuring predominantly new Canadian work, SummerWorks programs a festival that uniquely reflects Toronto and Canada’s cultural zeitgeist. Since 1991, SummerWorks has continued to explore and respond to the needs and wants of audiences and the performance community. The festival has grown to become one of the country’s preeminent multidisciplinary hubs featuring a Music Series, Live art Series, SummerWorks Leadership Intensive Program (S.L.I.P.) and the National Series, showcasing works from across Canada. The festival adds new initiatives yearly, including performance-based programs such as the Performance Bar. The 2014 SummerWorks Performance Festival runs August 7-17 along the Queen West strip. About Silent ShoutSilent Shout is a Toronto-based music series and blog with a focus on Canadian electronic pop music. Launched in September of 2010, it quickly became known as one of the best dance parties in the city and has been growing year-by-year through collaborations with Wavelength, CMW, Gorilla Vs. Bear and many others. To learn more, please visit: www.silentshout.ca Get social on Facebook & Twitter