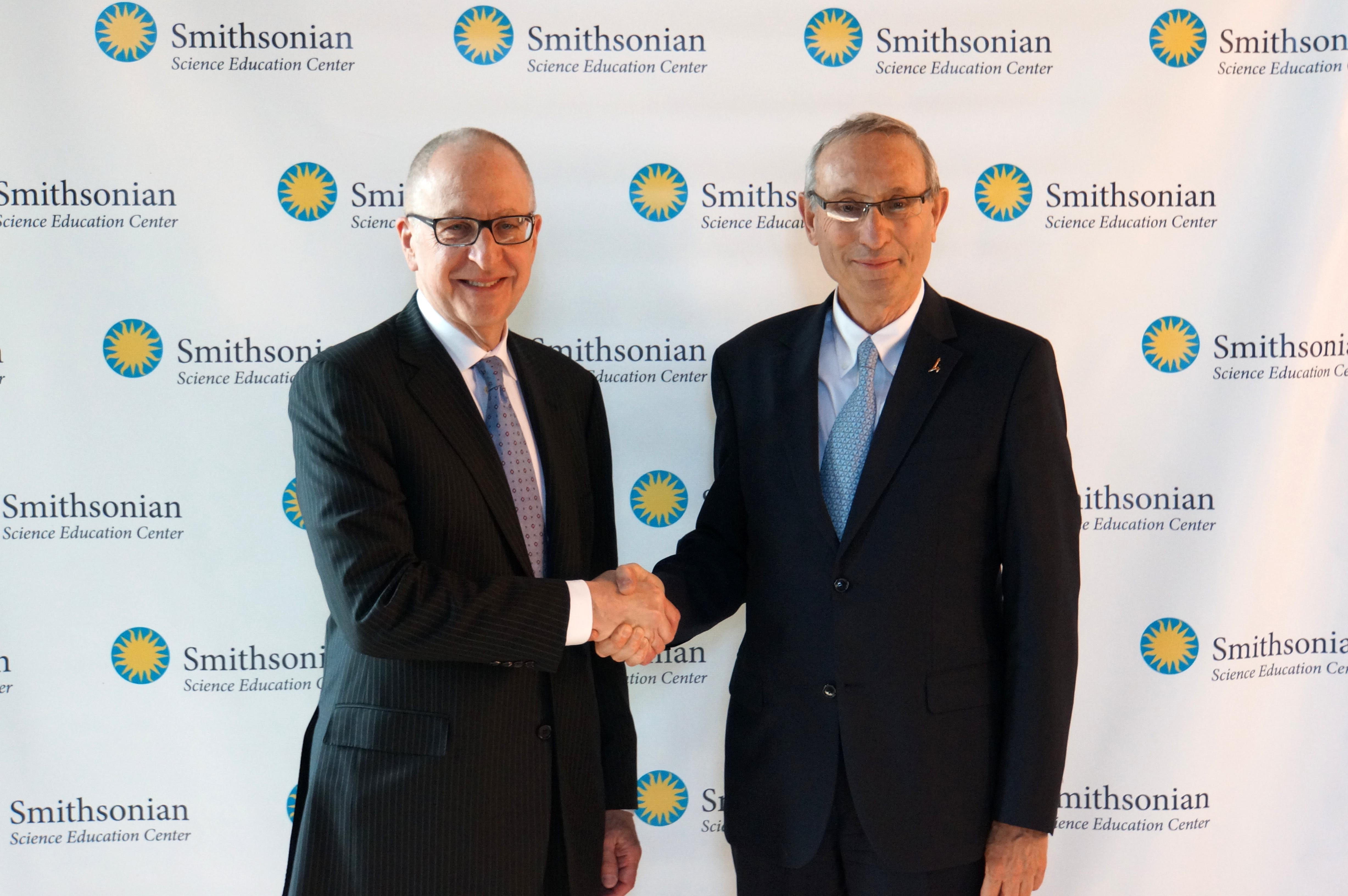 TORONTO, May 17, 2016 /CNW/ – The Hebrew University of Jerusalem is collaborating with the Smithsonian Institution around a variety of projects curated by the ALBERT EINSTEIN FOUNDATION.  The Foundation leads a series of initiatives that celebrate Einstein’s legacy — and the promotion of science, technology, engineering, and mathematics (collectively “STEM”). The collaboration will ignite interest in STEM fields and make them accessible and appealing to a younger generation.

According to the Smithsonian Science Education Centre, it is projected that 2.4 million STEM jobs will go unfilled by 2018.

These initiatives, created by Canadian Friends of The Hebrew University encompass a number of projects, including a gala dinner event, a 3-D book, and a STEM Summit. One of the focuses of this collaboration is the Dinner of the Century: a gathering of inspirational leaders from the sciences and humanities, to launch the publication of the Genius: 100 Visions of the Future, the world’s first 3-D printed book. The dinner is hosted at the Smithsonian on September 9, 2017. Genius: 100 Visions of the Future, designed by renowned artist Ron Arad, will invite 100 of the greatest icons, leaders and influencers of our time to share their wisdom and visions for the future.

In addition, The Hebrew University and the Smithsonian Institution have come together to co-host a global STEM Summit onSeptember 10, 2017 in Washington D.C. The summit serves to showcase innovation and scientific work from both institutions and allow the general public access to leading minds and innovators in various fields.

The partnership between the Smithsonian Science Education Center and the Hebrew University through its ALBERT EINSTEIN FOUNDATION was made official May 16, 2016 at a ceremonial event wherein the two parties signed a Memorandum of Understanding at the Smithsonian Castle Commons.

“The Smithsonian has extensive resources in talent, platforms and knowledge base, making it the perfect partner for the Hebrew University and the ALBERT EINSTEIN FOUNDATION,” said Menahem Ben-Sasson, President of The Hebrew University. “We are confident this collaboration will motivate a new generation to be our future leaders in STEM.”

“Together, the Smithsonian and the Hebrew University have more than 250 years of experience in research, exploration, education and discovery,” said David Skorton, Secretary of the Smithsonian Institution. “I see a bright future for this partnership. Many scientists, scholars, students, teachers and parents will benefit.”

The ALBERT EINSTEIN FOUNDATION draws on the memory of Albert Einstein to inspire scientific imagination and creativity. For more information please visit: http://einsteinlegacyproject.com/

About The Hebrew University
The Hebrew University of Jerusalem (HU), founded in 1918 and opened in 1925, is Israel’s leading university. Albert Einstein, Martin Buber, and Sigmund Freud, were among the university’s founders, they were thinkers and visionaries whose genius inspired a university that would have no limits or borders. Ranked as one of the world’s leading research universities (ranked 3rd in Asia and 70th globally), HU lies at the forefront of the international academic and scientific communities. Many top prizes and awards have been won by its graduates and faculty including eight Nobel Prizes, and the Fields Medal in Mathematics. HU is a pluralistic institution where science and knowledge are advanced for the benefit of humankind in an atmosphere free of discrimination and prejudice.
http://new.huji.ac.il/en