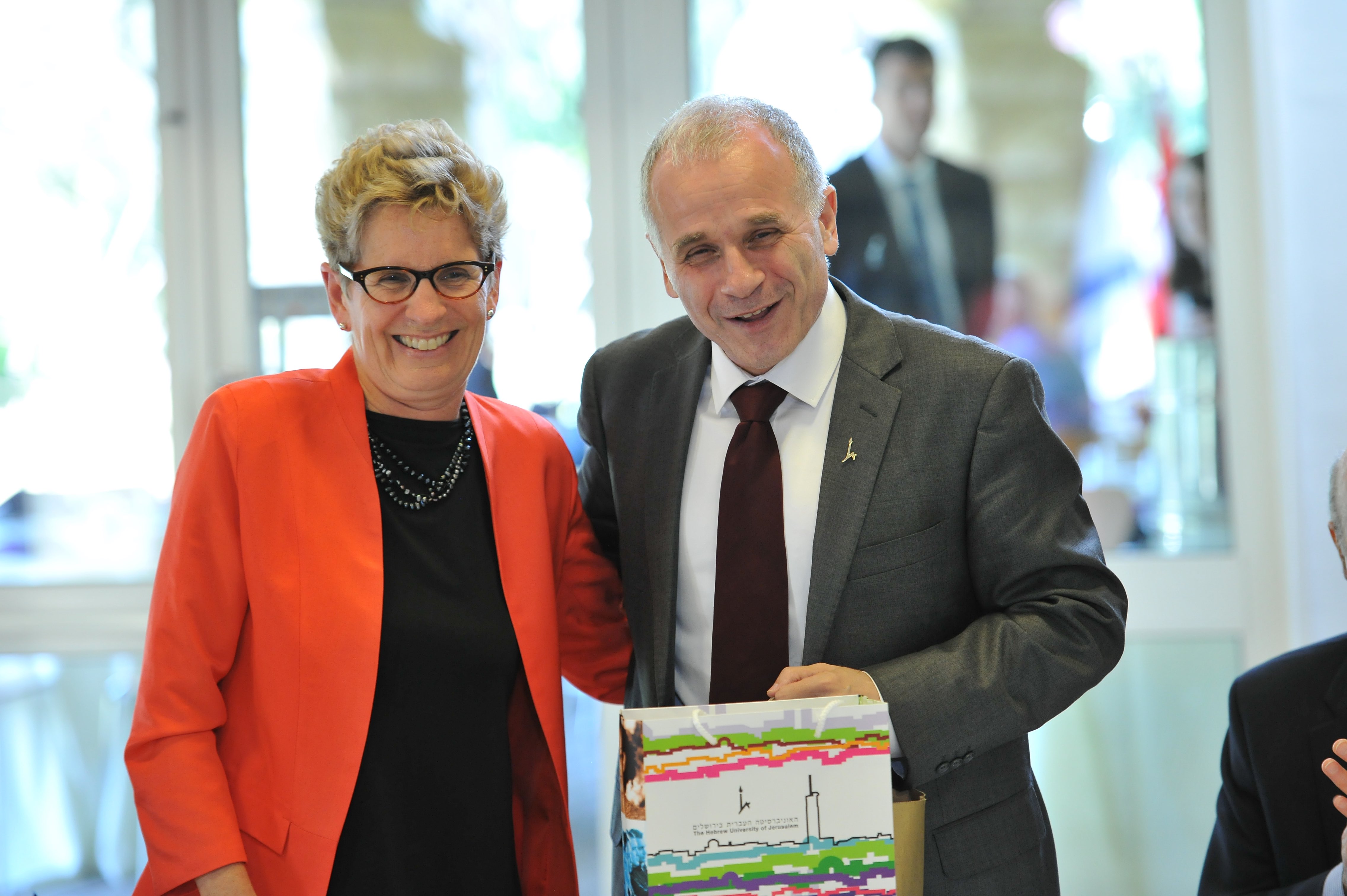 TORONTO, May 18, 2016 /CNW/ – Premier Kathleen Wynne’s business mission to the Middle East from May 15-20 focused on strengthening ties and encouraging new academic and professional alliances between Ontario and Israel. Several Ontario institutions accompanied the Premier to Jerusalem to build on key relationships in innovation and education, including four new partnerships with The Hebrew University of Jerusalem announced today.

“My mission to the Middle East will help connect Ontario and Israeli leaders in research, innovation and education,” said Premier Wynne. “The partnerships that will be formed between top-ranked universities and research institutes will promote scientific, technological and industrial research and cooperation and improve the lives of people in both regions.”

Among the new partnerships is The Joseph and Wolf Lebovic Cancer Genomics and Immunity Research program – a collaboration between The Hebrew University’s Institute for Medical Research Israel – Canada and the Ontario Institute for Cancer Research.

The Premier was present at The Hebrew University for the announcement and signing of the new partnerships today.

Canadian Friends of the Hebrew University

Canadian Friends of the Hebrew University (CFHU) facilitates academic and research partnerships between Canada and Israel as well as establishing scholarships, supporting research, cultivating student and faculty exchanges and recruiting Canadian students to attend the university. The Hebrew University of Jerusalem (HU), founded in 1918 and opened in 1925, is Israel’s leading university. Albert Einstein, Martin Buber, and Sigmund Freud, were among the university’s founders, they were thinkers and visionaries whose genius inspired a university that would have no limits or borders. Ranked as one of the world’s leading research universities (ranked 3rd in Asia and 70th globally), HU lies at the forefront of the international academic and scientific communities. Many top prizes and awards have been won by its graduates and faculty including eight Nobel Prizes, and the Fields Medal in Mathematics. HU is a pluralistic institution where science and knowledge are advanced for the benefit of humankind in an atmosphere free of discrimination and prejudice. www.cfhu.org.