You are here:
Pen Pals 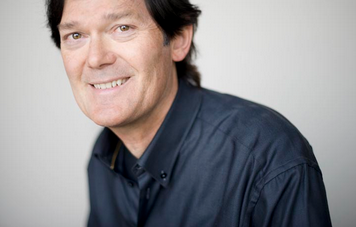 Penpals is a column where our friends in the media write us a letter and fill in some blanks. Today’s Penpal is Peter Howell. Peter is a founding member of the Toronto Film Critics Association and has been the movie critic the The Toronto Star since 1996. Prior to this, he was The Star‘s rock critic. He is a close observer of Canadian film, and was a jury member of TIFF’s Canada’s Top Ten panel in 2012. Howell was one of the first journalists in North America to begin a regular Internet column, which debuted in January 1995, under its original title “CyberPop.” Howell is a voting member of the Los Angeles-based Broadcast Film Critics Association, which awards the annual Critics’ Choice Movie Awards.

In the beginning, I wanted to be an astronaut. But then cinematic infinity and beyond beckoned.

If I had to choose between  Adam Sandler’s everything and Tyler Perry’s Madea I’d choose Jerry Lewis’ Nutty Professor.

My favourite thing about my job is seeing great films . But sometimes it can get a little ShakyCam. When I need to cool down I listen to Miles Davis’ “Kind Of Blue”.

At night I dream about walking on the moon. Right now I’m loving my 500th viewing of 2001: A Space Odyssey.

My favourite kicking position is against the pricks.

PR professionals make me work too hard. I wish they would have more dance parties.

Before I go, I want you to know “Sometimes you eat the bear, and sometimes, well, he eats you.”