Hot Docs: No Man Is An Island premieres May 1 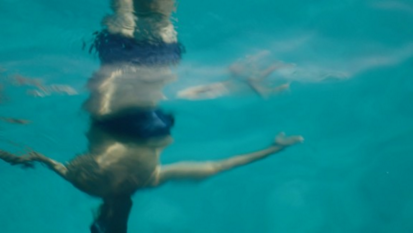 “A future is more than a roof over your head.”

TORONTO (April 12, 2016) – The current international refugee crisis is widespread in the media, in our conversations, and in our minds. The reception of refugees is just the first phase. Their integration, the second phase, is the recurring theme throughout the documentary No Man Is An Island, about two adopted refugees on the Italian island of Lampedusa. Making its North American debut, the film premieres as part of North America’s largest documentary festival, Hot Docs Canadian International Documentary Festival, in the highly-competitive International Spectrum program, taking place April 28 to May 8th in Toronto.

“The whole idea was to look at Lampedusa as a sort of metaphor for Europe – you have pros and cons, solidarity and hostility… just like on the European continent,” explains Belgium Director Tim De Keersmaecker.

When De Keersmaecker began working on the film, there were two major events going on in the world – the worldwide financial crisis, resulting in major implications for Europe, and the Arab Spring of 2011, that pushed citizens to temporarily flee from the uprising in their countries of origin. This took place on the island of Lampedusa, in the middle of the Mediterranean Sea.

“Maybe it is easy to say now, but you could already at that time somehow predict how things would evolve and how the European continent would react,” says De Keersmaecker.  “Refugees would become the next pariahs of our society that was under pressure of the whole financial situation in Europe.”

In No Man is An Island, the attempts at support and integration are explored in two unique adoption stories. The search for happiness of both the Lampedusiani people and its newcomers illustrates the current discussion on the reception of refugees in a profound way.