Let the kids have music 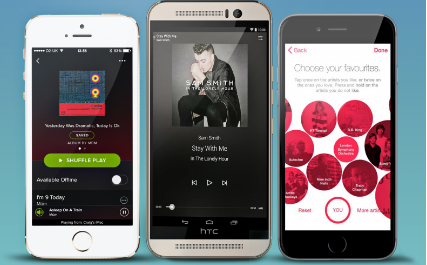 The music streaming landscape has become a battleground in the past couple of years. Over the weekend, Kanye West took to Twitter to call for a truce between his streaming service Tidal and Apple Music, which have been battling to land ever-bigger exclusives in the race for the most streaming subscribers.

Calling for Apple to acquire Tidal, West finished off his Twitter rant with one simple ask: “Let the kids have music.”

The music streaming market has not lost any steam since then. If anything, feuds with artists like Taylor Swift and feuds amongst each other have propelled everything further. 2016 is shaping up to be another big year for streaming services, and West’s weekend rant might indicate where the industry is going. Is a large acquisition—like Apple buying Tidal—where music streaming is heading?

West might be onto something. How much longer can multiple music subscription services survive side by side, offering slight variations of what is essentially the same product? Now that four big guys (Apple, Google, Microsoft, and Amazon) offer music subscription services alongside the likes of Spotify, it’s only a matter of time before at least one of the smaller players gets cut.

Maybe Apple will write a cheque to Jay Z and acquire all the exclusives belonging to Tidal, increasing Apple Music’s edge over their main competition — Spotify. If it’s not one of the big-name subscription players, some have suggested platforms like SoundCloud or BandCamp might be bought up by a bigger streaming company looking to boost its catalogue with independent and unsigned artists.

The future of the music streaming landscape is uncertain, but we can be sure that, for how much has already changed, there’s still a lot more developments to come.