Should you listen to music at work? 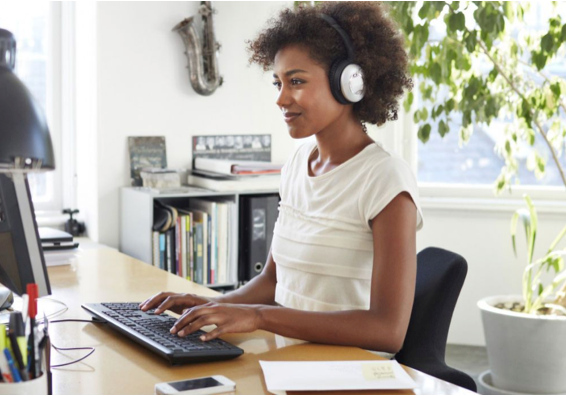 Do you listen to music at work?

Some find the noise of the music to be too distracting, while others can’t think straight without it. The real question comes down to music’s effect on productivity. Whether or not you enjoy listening to music at work, does it make you more efficient, or is it slowing you down?

A growing body of research suggests that, in almost every case, your performance on intellectual tasks suffers considerably when you listen to music. Take a look at this 2010 study, which found that people performed worse on a task when they listened to music, compared to when they worked in a quiet environment.

The argument is that listening to music simply takes up your attention, meaning that if you listened to it while working, you’d have less attention span for other tasks. At the same time, there are plenty of counter arguments that suggest music actually makes you more productive.

Some say it can actually help you complete the task faster. A study published in the journal of Neuroscience of Behaviour and Physiology found that a person’s ability to recognize images, letters, and numbers was faster when rock or classical music was playing in the background, compared to when there was no music.

Even doctors rock out. Another study in the Journal of the American Medical Association reported that surgeons worked more accurately when music they liked was playing in the background.