You are here:
First time filmmaker Majdi El-Omari examines cultural and political forces at play in Palestinian and Aboriginal communities
March 3, 2015, TORONTO – Montreal based distributor Domino Film Ltd. is proud to announce the theatrical debut of the realism style drama, Standstill, in association with Les Films de l’autre. The exclusive week long run at The Royal Cinema begins Friday, March 13 at 6:45 pm, followed by a Q&A with writer, producer and director Majdi El-Omari.
Standstill is the first of its kind, as the only feature film in Canada with the majority of its dialogue in the Mohawk language. The film played at the Montreal International Film Festival, Rendez-vous du Cinéma Québécois and was awarded a production grant from the Doha Film Institute and the Dubai Film Connection. 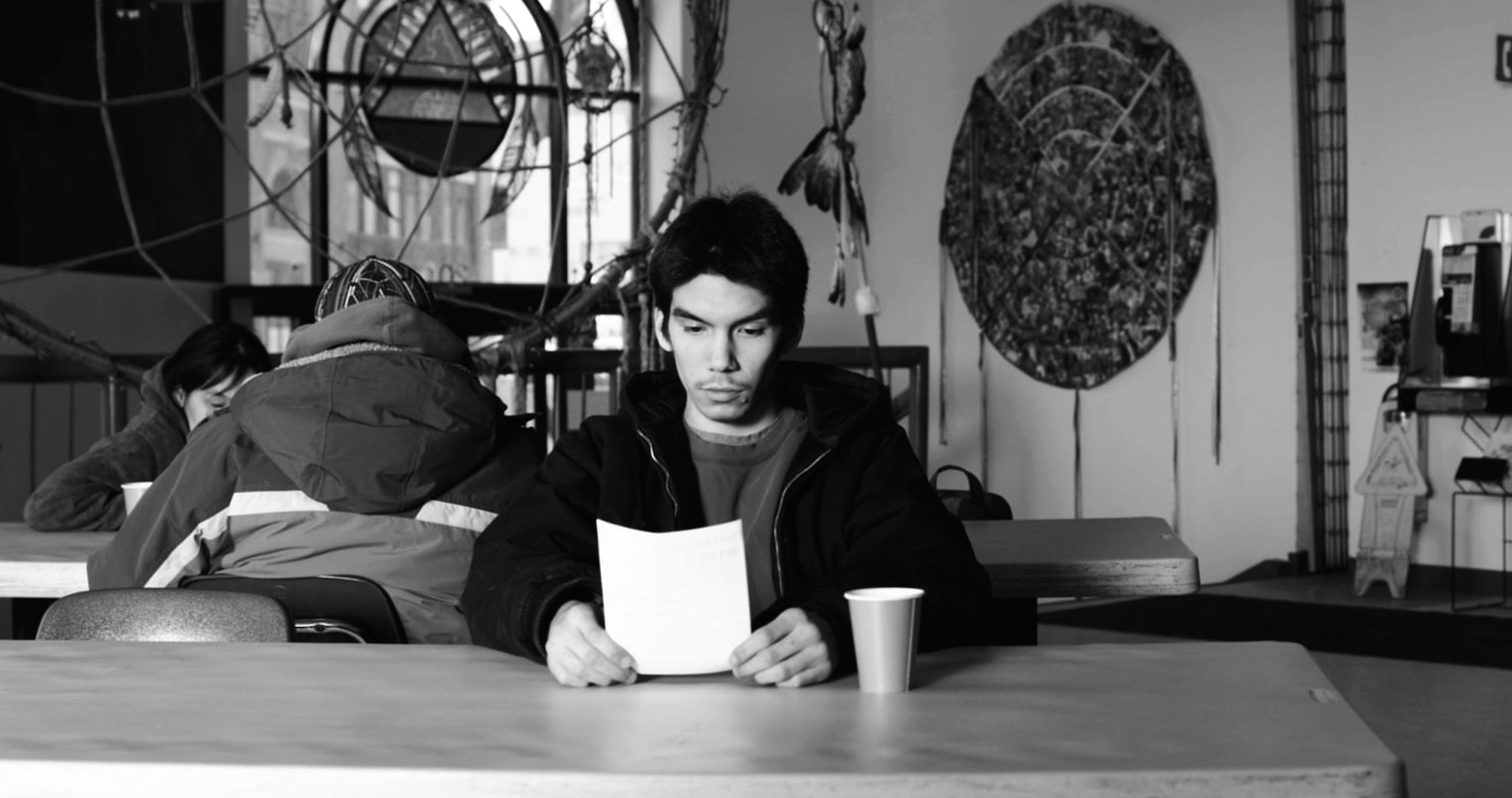 High res images of Standstill are available at bit.ly/standstillfilm

Filmed primarily in black and white, the story intertwines Arihote (Atewena:ron David Deerhouse), a Mohawk war photographer and Wedad (Meissoon Azzaria), a Palestinian refugee who has committed a revenge killing. Reluctant to get involved in a police investigation, Arihote helps Wedad leave the crime scene. The chance encounter between the two sets each of them on a new course, as Arihote rebuilds his relationship with his son, and resolves his feelings about his wife’s departure and his father’s suicide.

Making his feature film debut with Standstill, Majdi El-Omari is a Palestinian-Canadian filmmaker whose work has been selected to screen at several international festivals. His work focuses on the political and social forces that alienate people.

Tickets are $10 for adults and $8 for students and seniors.

To learn more about the film and Domino Film Ltd. visit http://dominofilm.ca/

About Les Films de l’autre
Les Films de l’autre is an NPO whose mission is to support both the formal research and creative liberty of independent cinema. The organization occupies a unique place in the cinematic landscape by gathering together filmmakers who act both as producers and directors of their projects. The organization maintains production infrastructure with the principal object being to assist the creation of films d’auteur, all within a complex and demanding industry that increasingly favours commercial imperatives over artistic vision. The works produced are entirely controlled by the artist in terms of the creation as well as management, at every stage in production. This artistic control is realized while meeting the administrative necessities of the various investing organizations and unions.