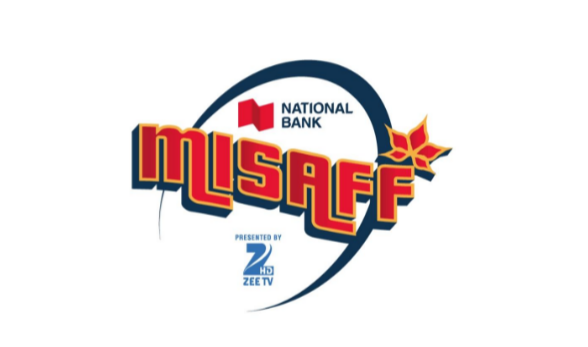 “The films aim to build an appreciation for independent cinema and initiate thought-provoking discussion around culture, South Asian heritage and the universal stories which reflect our lives today,” says Arshad Khan, Festival Director.  “The inclusive nature of the festival lineup and modern day challenges explored throughout the films offer audiences the chance to experience fresh and courageous perspectives in storytelling and representation on screen.”

MISAFF16 features creators from the Zeal for Unity community, a festival initiative upholding the theme of inclusivity with an aim to bring together nations in conflict through their creative filmmakers.

The festival kicks off with the red carpet gala screening of the highly acclaimed Indian drama ALIGARH on August 4, co-presented by Inside Out LGBT Film Festival. Directed by Hansal Mehta, Aligarh stars Manoj Bajpayee as Ramchandra Siras and Rajkumar as the journalist Deepu Sebastian in this biopic of a gay Indian professor who was suspended from the Aligarh Muslim University for his homosexuality. Its Canadian premiere screening will be followed by a Q & A with Rajkumar and opening night party.

This year, the MISAFF16 Star is awarded to Scarborough native, Varun Saranga, known for his roles on YTV’s “How to Be Indie” and CBC’s “Schitt’s Creek.” Past recipients of this honour include the Emmy Award-winning web series “Guidestones” actor Supinder Wraich and “Degrassi: TNG” actor Raymond Ablack in 2014.

A retired professor and a neurotic young wife wait together to hear critical medical news about their spouses. The feature film starring Naseeruddin Shah and Kalki Koechlin relays a story of hope amidst despair.

Two estranged sisters meet at their family home after 20 years and are forced to face their family’s broken past in the short drama starring Marina Khan, known for her television fame in Pakistan.

Bishan Singh endured a nightmare inside India’s oldest mental asylum during the India-Pakistan partition. Based on Saadat Hassan Manto’s political drama and story of displacement of the same name stars Pankaj Kapur and Vinay Pathak.

*LALA BEGUM and TOBA TEK SINGH are paired together for their premiere as part of  ZEE’s Peace Project ZEAL FOR UNITY.

In a tribute to the iconic Bengali playwright and theatre personality Badal Sircar, this short drama follows a couple discovering their darkest secrets in the midst of seeking refuge from a disastrous storm with the help of an surprisingly hospitable host. Starring Konkona Sen Sharma, Rittwik Chakraborty and Anjan Dutt.

Satirizing the world of media and sensationalism, this black comedy pokes fun at how the media generates conflict in society starring Naseeruddin Shah and Adnan Jaffar.

**SAARI RAAT and JEEWAN HATHI are paired together for their premiere as part of  ZEE’s Peace Project ZEAL FOR UNITY.

Fleeing to France, a Sri Lankan Tamil freedom fighter hopes to build a new life with a young woman. The winner of the Palme d’Or at the Cannes Film Festival 2015 features Jesuthasan Antonythasan, Kalieaswari Srinivasan and Claudine Vinasithamby.

A mix-matched group on a trip from Mumbai to Pune face a surprising end to their journey in this dramedy starring Mukta Barve, Sunil Barve and Tisca Chopra.

GIRL IN A RIVER: THE PRICE OF FORGIVENESS (47 min, Urdu) — Sharmeen Obaid-Chinoy, USA and Pakistan

A Pakistani woman is sentenced to death for falling in love. Follow Saba in the Oscar Winning film and HBO documentary where she demonstrates how she defeats Pakistan’s harsh legal system.

Several Pakistani musicians find themselves stuck in a cultural sphere agitated by conflict in this Hot Docs official selection. The film showcases Sachal Jazz Ensemble and The Jazz at Lincoln Center Orchestra with Wynton Marsalis.

Co-director and star, Arsalan Shirazi, plays the lead role of Sami who navigates the highs and lows of dating in the 21st century. The modern romance also features Stephne Halliburn, Charlie Hamilton and Melinda Michael.

A sports documentary profiles Montreal’s South Asian community who bond over their love for the game of cricket. The short invites viewers into the everyday life of one of Canada’s poorest yet most inspiring neighbourhoods, Parc-Extension.

At his wits’ end, a man meets his guardian angel who provides him with a special pair of glasses to help him distinguish between good and evil. Stars include Anand Rajaram, Brittany Allen, Christian Potenza and Eugene Clark.

The drama focuses on the life of a young boy who follows his father’s footsteps by pursuing his musical passions. The feature stars Vicky Kaushal, Raaghav Chanana, Manish Chaudhary and Sarah-Jane Dias.

MISAFF16 is thrilled to welcome its Title sponsor National Bank and welcomes back ZEE TV as its Gold Presenting sponsor. MISAFF16 also thanks Canadian Community Arts Initiative, the Ontario Arts Council for their continuing support and welcomes the Ontario Media Development Corporation as a new marketing sponsor for its industry brunch.

For the complete program and box office details:

Images can be downloaded at:
https://www.dropbox.com/sh/mtgcekywi7undtq/AACZwZYax5-bNHYpurvvDWK3a?dl=0

In 2012, Anya Mckenzie and Arshad Khan were inspired by the renaissance in South Asian film taking place around the world and seized the opportunity to create an avid cinephile audience and community in the City of Mississauga by launching the non-profit MOSAIC INTERNATIONAL SOUTH ASIAN FILM FESTIVAL (MISAFF). The pair were determined to celebrate and raise the awareness of South Asian and new Indian cinema. With Mosaic Festival, North America’s largest free event celebrating South Asian arts and culture as a springboard, MISAFF was able to leverage an established cultural brand to attract audiences in the region. Since then, MISAFF has evolved with Arshad Khan and Anya Mckenzie at the forefront and the support of their collaborative partners Canadian Community Arts Initiative. Canadian film artists such as Deepa Mehta, Ali Kazimi, Sami Khan, Angad Bhalla, Amar Wala, Anita Majumdar, Raymond Ablack, Gabe Grey, Shireen Pasha, Supinder Wraich and Richie Mehta have been involved in the festival over the years and MISAFF attracts acclaimed international artists as well including Rajat Kapoor, Ravi Patel, Afia Nathaniel and Suraj Sharma. Presented by ZEE TV, National Bank MISAFF features the best of new South Asian and select Middle Eastern film titles, MISAFF is quickly becoming a definitive voice in the South Asian community of film, social consciousness and community.