Artist of the Week – Michael Rubenfeld 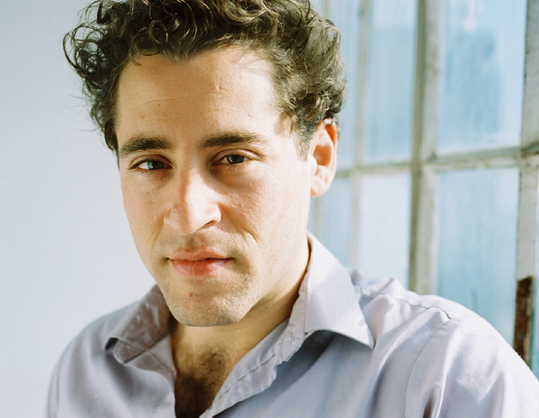 Each week Penguin & Rhino features an artist whose caught our attention. They could be in theatre, film, music or visual art. The point is we think they’re kick ass and you should know who they are.

Who’s on your team?

I saw a 5 hour show in Warsaw by Krzysztof Warlikowski called: The African Tales by Shakespeare. I’m still thinking about and how it could never play in a place like Toronto, because it would be too incomprehensible for a number of people (it was subtitled in English).

Producing Progress: A Festival of Performance and Ideas, then getting married in Poland before coming back to produce SummerWorks Performance Festival in August. In September I’m going to Australia with The Book of Judith (A piece I made with Sarah Garton Stanley) and then we might be going to Vancouver with another work called: Mothermothermother. At the end of June I am likely going to Poland for the Jewish Culture Festival (one of the biggest in the world) and somewhere in there Sarah and I will be workshopping our newest piece, We Keep Coming Back, exploring new Jewish life in Poland.

In August we did a workshop presentation of We Keep Coming Back in Poland about Polish-Jewish identity narratives. Afterwards, a man about my age asked to have a drink because he wanted to chat.  He told me that during the war, his family hid Jews and they were caught.  His grandfather managed to run away, but everyone else was murdered. We were two people who shared the same trauma (my whole family was lost during the Holocaust) from different perspectives but as a result of the same event. We were sitting at this table trying to comprehend how to negotiate the facts of our existence. We had no answers, but here we were, making the effort.  This happened because he sat through our piece. Something about the theatre — this thing that I have been trying to do — solidified in this moment.  This was much bigger than all of us, but this art form was serving as a genuine catalyst for the possibility of a new reality.

This is a complicated life choice that’s made a lot easier if you understand your values and if you use this as an opportunity to continue to advocate on behalf of improving the quality of the world. A lot of people get wrapped up in ego and narcissism and they lose sight of why they’ve made the decision to be an artist — but when things become more complicated, its important that you are clear about why you’ve made this decision.  I don’t believe that we’ve been put on the earth to make money — so while this is certainly a way to live your life — making art — or going deeper into the investigation of existence has always been a much saner and productive journey for me.

Industry shoutout – who does it go to?

The Theatre Centre, who are our Progress partners, as well as all of our curating companies: Videofag, Why Not Theatre, Volcano Theatre, National Arts Centre, FADO Performance Arts Centre, Dancemakers and Buddies in Bad Times Theatre.