The ClutchPR Guide to Running a Red Carpet 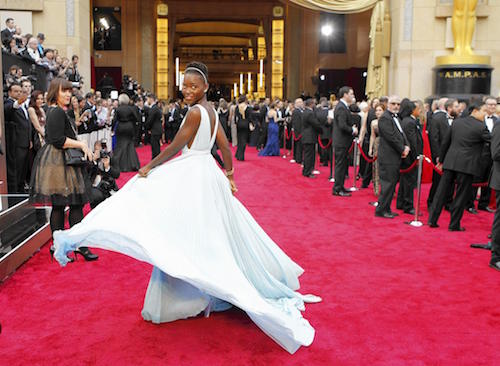 Award season is upon us, which means water cooler chitchat about the weather abruptly shifts to Hollywood, as seemingly everyone instantly becomes stylists, industry insiders and Variety columnists. And while the Academy Award telecast, this year on February 28, is ostensibly the climax of the season, the sparkling catwalk red carpet has increasingly wrested attention, just as the Superbowl Halftime Show upstages the football game it supposedly celebrates.

For many families (mine, at the very least) watching Hollywood’s A-list getting harassed by Joan Rivers was a yearly ritual, as sure a sign of spring as the first robin. It’s always fun to watch celebrities, styled to the nines with couture and borrowed jewellery, thrust in front of live cameras and forced to answer the same questions over and over again.

While red carpets look super glamorous from the comfort of your couch and sweatpants, the actual managing of them is anything but. Red carpets must be run with the proficiency of military campaigns, with cameras instead of weapons and uniforms replaced with strapless Armani gowns. One wrong move and everything falls apart. But it’s a skill every PR pro should have some experience with.

Just in time for the Oscars, here are the ClutchPR rules for running a successful red carpet.

If you’re managing a red carpet, you need to know exactly which media outlets are planning to attend. Have a detailed list in which you keep track not only of who they are, but how many people are in their team and whether they are bringing a cameraperson or a photographer.

This also applies for talent – you should know exactly which actors, directors, producers, singers and performing pets are walking the red carpet. Have their names, with the proper spelling, ready for the media.

No matter how organized you may be, there may be surprise guests, such as a major media outlet who never confirmed with you who suddenly needs a prime spot in front of the red carpet, or an actor who may hijack the cameras to promote his own, unrelated movie. Be flexible and realize the best laid plans may have to change.

Create a timeline of everything that needs to happen that night, where it will happen and who from your team is in charge of what. In particular, be close attention to transitional moments (how exactly is the director getting from the cocktail reception to the red carpet for his first interviews?) As we the point above, be prepared that the best laid plans may need to change.

Red carpet, step and repeat, oversized cardboard cut-outs of the cast – no matter what you have to work with it’s vitally important to have a organized focal point for the media to point their cameras at. Make it easy for them. Remember – the media is the only reason you have a red carpet. Make sure they get the shot they need.

Nothing is worse then lining up all your cameras and having your starlet disappear into thin air. Tattoo her cell phone number on your arm.

Reporters may want to ask an actor about her recent romantic entanglements. Your job is to make sure she talks about the movie.

After its all said and done and the carpet’s rolled up and put away, make sure you send thank-yous to all the media who attended. Not only does it show appreciation, but it gives you a chance to double check that they have everthing they need, and don’t need your help identifying interlopers in their pictures or spelling an actor’s name.

As with a wedding or any other major event that takes a lot of planning, once it starts it will go by in a flash, so be as organized as possible and you’re sure to run a red carpet worthy of a gold statuette.