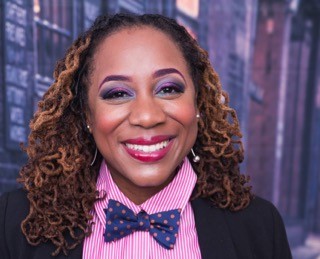 TORONTO, April 6, 2016 – How Black Mothers Say I Love You, presented by Trey Anthony Studios in association with Girls with Bow Ties, is a raw and honest portrayal of the choices many mothers have made in effort to create a better home for their families. Written and directed by award-winning playwright Trey Anthony (Da Kink in My Hair) the play makes its world premiere in Toronto on May 7 and runs May 5 – 15 at the Factory Studio Theatre (125 Bathurst Street), just in time for Mother’s Day.

The story follows Daphne (Ordena Stephens), a mother who left her children behind in Jamaica to come to Canada for work. The character is based on the real life stories of Jamaican and Afro-Caribbean mothers who left their children in order to make better lives for them, including the playwright’s own mother. It’s about the difficult choices, or lack of choices, women of colour in particular have had to make for their families’ futures. The play deals with love, loss, migration and ultimately acceptance.

Anthony has put together a cast of award-winning actors, including Ordena Stephens (Da Kink in My Hair), Jewelle Blackman, Robinne Fanfair and Allison Edwards-Crewe. On the production team, singer-songwriter and producer Gavin Bradley composed the original score and lighting the stage is four-time Dora award-winner Steve Lucas.

On Saturday May 7, Trey Anthony Productions, recepCon and TD Bank present the  #100GIRLS initiative. One hundred girls of colour from low-income families will attend the play and be given the chance to explore the world of theatre. Ticket and transportation will be fully provided for the 100 girls chosen within the GTA.

How Black Mothers Say I Love You is based on a successful short film documentary release and recently received a positive screening at the 2016 Toronto Black Film Festival – talk and Master Class with Trey Anthony. Watch the trailer

About Trey Anthony Studios
Trey Anthony Studios (TAS) is an award winning entertainment and production company, which produces television and theatre for urban audiences with offices in Atlanta, U.S. and Toronto, Canada. With the success of the theatrical play, Da Kink in my Hair, TAS received a Dora nomination and winner of four NAACP Theatre awards. Anthony become the first Black Canadian woman to write and produce a television show on a major prime time Canadian network.