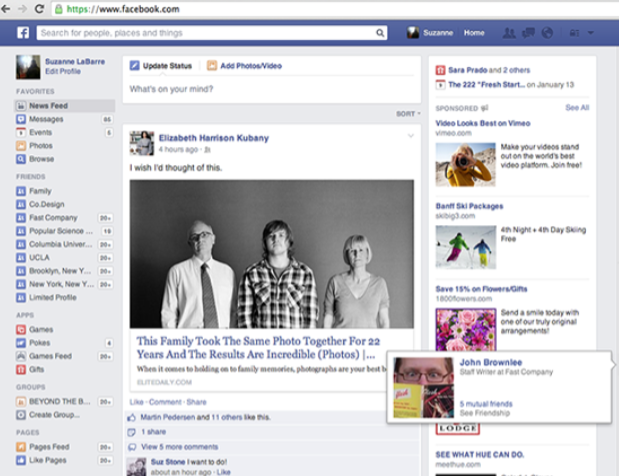 So you think you’ve got a story idea? It’s time for the Facebook test.

Go ahead and open up Facebook. Take a look at the posts that are taking up space  on your feed. Which ones have been shared thousands of times over?

I’m willing to bet it’s the ones that people care about/have an opinion on/have some experience of, or know someone who has.

Which is exactly why they got coverage in the media (and blogs are definitely included in that definition).

I’m willing to bet none of the stories that are popular on your Facebook feed say, “Our company launched a new thing.”

Simply ask yourself three questions before you decide to hit send on your next press release or story pitch.

YES — Your story has potential!

NO — Keep hunting for the story.

YES — Looking good! This story idea has potential. Pitch it now or move to question 3.

NO — Find another idea or a different angle for the story.

3. Could this story divide opinion among my friends?

YES — You’re definitely on to something. Pitch the story now!

NO — Your story still has potential, a divisive angle would be great but your story is still worth pitching.

Journalists are interested in things people care about and/or have an opinion on. And while that can sometimes be about exposing negativity, often it’s simply about highlighting things that are unusual, unexpected or just ‘new’.

Remember that journalists aren’t interested in helping you promote your business or brand. In fact — unless you’re paying for advertorial (that is clearly labeled as such) — it would be unethical of them to do so.

What they really care about is creating compelling content for their audience. Content that people will want to talk about to their friends and/or share on social media networks. And people only share when they care.
Learn more PR tips with ClutchPR’s Get Press Now Starter Kit, available for download here.