Exclusive World Premiere of URMILA: MY MEMORY IS MY POWER, at the 2016 Hot Docs Film Festival 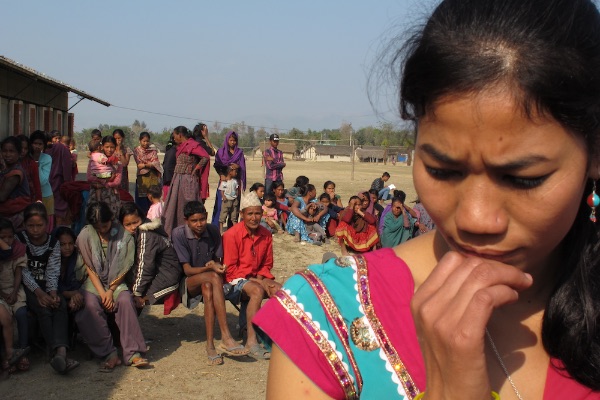 TORONTO (April 15, 2016) — URMILA: MY MEMORY IS MY POWER  follows the intense and emotional journey taken by Urmila, an aspiring lawyer and passionate anti-child slavery activist fighting for the rights of the girls of Nepal. Having escaped a life of indentured servitude herself, she now navigates new challenges as the pressures of outsider’s expectations and the shadows of her past dictate her life.

At the age of six, Urmila’s family in Nepal sold her into slavery. Now 21-years-old and having gained independence, she struggles to take back her power as a fervent anti-slavery activist who also wants to see an end the ‘kamlahari’ slave trade, once and for all. The intimate film follows Urmila’s quest for justice, along with the personal pressures of trying to balance it all.

“Urmila teaches us to stand up and do something. She is not only a hero for the girls in Nepal, she’s a hero for everyone,” says film director Susan Gluth. “If Urmila can, we all can. It’s not only about slavery; it’s about life in general. Her story inspires people, especially the younger generation.”

Director and filmmaker Susan Gluth is known for her compelling documentaries, including Playing Hooky (2011) and Nordic Film Prize-winnerSoap and Water (2008).

URMILA: MY MEMORY IS MY POWER makes its world premiere as part of the World Showcase program at the 2016 Hot Docs Canadian International Film Festival. Hot Docs takes place April 28 – May 8, 2016.