Exclusive World Premiere of THE PEARL OF AFRICA, at the 2016 Hot Docs Film Festival 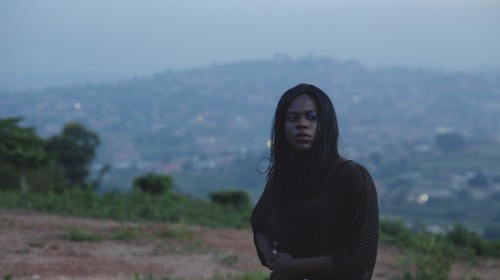 April 19, 2016, TORONTO — THE PEARL OF AFRICA follows the story of Cleopatra Kambugu, a transgender woman living in Uganda, a country with some of the harshest anti-LGBTI laws in the world. Kambugu refuses to give into the community’s pressures to keep her gender identity hidden. She remains committed to her beliefs, even after she’s outed on the front page of Red Pepper, Uganda’s biggest tabloid.

The film is a moving and intimate story about resilience and acceptance, told in the face of extreme circumstances. Kambugu, who must leave Africa for sex confirmation surgery, faces adversity head-on, with grace and courage. Beside her every step of the way is Nelson, a devoted partner who once held the anti-LGBTI views common in his country.

“Many films about transgender people, or black people, often focus on them being different,” said directorJonny Von Wallström. “I wanted to fill that space with a personal love story, where the human being is at the centre.”

Wallström, an acclaimed self-shooting director, followed Kambugu for 18 months amidst mounting anti-gay discrimination as she worked towards improving the welfare of Uganda’s LGBTI community. The film began as a popular web series by the same name, which was covered by the BBC and the Huffington Post, and CNN.com called the web series “beautifully produced …  a brave story told in powerful yet softly intimate light.” It was the first international recipient of the PPFA Maggie Award for Media Excellence in Global Journalism, awarded in 2015.

THE PEARL OF AFRICA premieres as part of the International Spectrum program at the 2016 Hot Docs Film Festival. Hot Docs takes place April 28 – May 8, 2016.

About Rough Studios
Rough Studios is an international production company and branded content agency based in Sweden, that produces long and short non-fictional stories for cinema, television, and web. We merge cinematic storytelling with cutting-edge technology to create films that inspire and change the world.