Breaking down gender barriers in the tech landscape 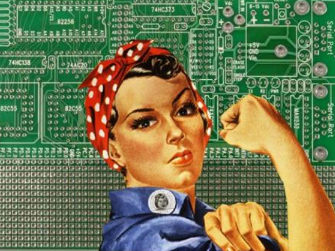 Female entrepreneurs are making substantial strides in the tech industry despite the lack of gender equality in the startup and business landscape.

Despite the fact that women have 50 per cent less access to funding and only seven per cent of venture capitalist money supporting their products, women who are financed typically perform 63 per cent better than their male colleagues.

While the tech industry has made progress in recent years, it’s important to keep the dialogue moving forward. The increased media coverage surrounding successful female leaders works to generate more awareness of gender disparity in the tech sector. As the media continues to highlight some of the most successful female initiatives, more women are becoming motivated to get involved in the technology industry and launch their own startups.  Media helps to facilitate more attention and a public discourse about the challenges females face on a regular basis.

This list looks at inspiring female entrepreneurs currently rocking it in tech and proving their potential in this male-dominated sector:

Reshma’s game-changing non-profit initiative Girls Who Code empowers young girls to learn about computers and how to code. By encouraging more girls to code and learn about computers while they are young, Reshma hopes to empower girls to actively be the change and contribute in the Internet landscape. GWC was established in 2012 with a class of only 20 girls and has grown to support 40,000 women across all 50 states.

This early-stage investing fund aims to publicize the issue of women receiving significantly less financing than men. The company motto is: “It’s not just about women. It’s about talent.” The three-year old company currently has 26 companies within their portfolio.

This startup is a platform of easy-to-use electronic building blocks for creating inventions large and small, allowing users to build anything that pops into their imagination. Bdeir is known as an advocate of creating gender neutral STEM tools for all.

A combination of Snapchat and eBay, the YEAY app essentially allows users to sell items with vertical videos. This app is a game changer for the mobile-shopping industry and is considered one of the fastest growing startups in Berlin.

Winerist, is a free online booking service helping wine lovers locate the perfect destinations around the world. In 2014, the Winerist won Travel Website of the Year. The female duo has also spoken publicly about the problems they faced as women entrepreneurs.

Wantedly is the largest social recruiting site in Japan with over 1 million active users and 15,000 corporate clients. She has advised female business leaders to take advantage of the publicity opportunities that come along with being a minority in the industry.

In 2014, SweepSouth was founded in South Africa with the objective to help homeowners find a house cleaning service through a easy to use online platform. This platform revolutionizes the house cleaning industry as it brings new tech and functionality to users.

With only a degree in graphic design,  Zhang is one of the founders of the location-based social networking app which hosts 60 million users who are all looking for love, friendship and community.

To read the extended version of the article and learn more about the female tech leaders click here.