#CNNBlackmail: How CNN went from victim of a Trump tweet to accused of unethical journalism in one PR misstep 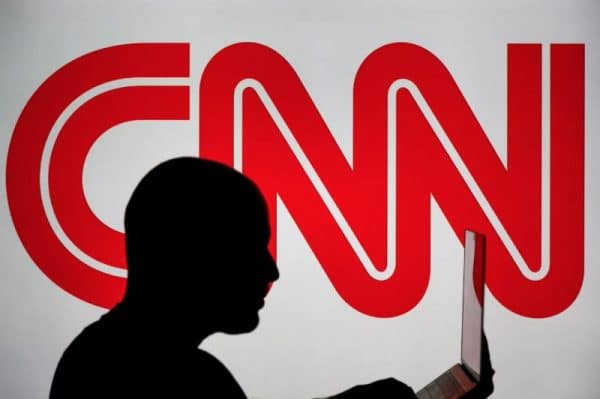 One of the bigger stories this week was President Donald Trump’s ongoing Twitter feud with CNN & “CNNBlackmail”. CNN were attacked in 140 characters or less numerous times by Trump this week; perhaps most notably on July 2, via the following tweet. The tweet shows an edited video of Trump’s 2007 appearance at WWE Wrestlemania where he slams and pummels an opponent — but with the CNN logo superimposed over his opponent’s head.

From a communications standpoint, aside from the (increasingly not-so) unprecedented nature of a head of state attacking a media outlet via social media itself, what happened afterward was of particular interest. CNN went on to lose control of their narrative and in the span of a few short days they went from being the sympathetic victim of presidential cyber-bullying to accused of blackmail. How? It’s all in the messaging.

The case study starts with the origin of Donald Trump’s wrestling tweet. In the hours after Trump’s tweet, it was revealed that the original creator of the video from the tweet was a user on popular content aggregation website Reddit. Some digging into the user’s post history on the website revealed an unsavoury array of inflammatory comments and posts, leading to a general claim that Trump had sourced his video from a ‘racist troll’.

Not least among this user’s dubious Reddit history was the following anti-semitic image of CNN’s roster of television personalities, with the Star of David added to all of their portraits. To which there should be no surprise that CNN would go on to investigate the user with particular zeal.

Here's another meme from the guy Trump tweeted, this one showing CNN personalities with Jewish stars. pic.twitter.com/BJoJ751eMQ

Inevitably CNN’s response did come. On July 5, they published a story revealing that they had discovered the real identity of the creator of the wrestling video tweeted by Trump. In their piece CNN state that the creator apologized and showed remorse for their online posts and comments while outlining their wish to remain anonymous — a request that CNN decided to grant; for the time being…

That was the turning point. Within their piece, though they stated they had elected not to publish the wrestling video creator’s identity due to him being a private citizen and for having apologized, CNN decided to “reserve(s) the right to publish his identity” (in future).

Summarized succinctly in a tweet  by VOX senior reporter German Lopez, this wasn’t received well online, largely due to the potential for doxing (doxing is internet jargon for “maliciously revealing someone’s private information”).

I can't emphasize how bad this is on CNN's part. This is basically "don't post stuff we don't like or we'll dox you." Extremely unethical. pic.twitter.com/5bJZIZasH0

Indeed, the rest of the afternoon CNN drew significant backlash from the piece; #CNNBlackmail began trending on Twitter and a wave of stories denouncing CNN’s article were published in response.

Though many people looked at this as a journalistic failing under the lens of ethics, there’s more to this story than meets the eye. In actuality, for CNN this was a PR Rubik’s Cube from the outset and they came up just short on the messaging required to solve it.

When CNN stated that they reserved the right to publish his identity in the future, they were doing something shrewd communicators do everyday — they were hedging their bet. They weren’t reserving the right to publish the Reddit user’s identity in the future for moral reasons, they were doing so in case this person/the story continued to be newsworthy. Think about it.

If this story (which had already gone from a video posted on an internet forum (Reddit), to a presidential tweet) blew up further and every news outlet was making the creator’s identity front-page news, how foolish would CNN look in hindsight — having the scoop but being the one outlet not able to write about it at all? To protect themselves against that, CNN inserted the ill-fated caveat into their story to leave their options open, and it backfired. Just as a communicator debates whether to offer exclusivity on a story or how many outlets they should pitch a story to obtain maximum impact, CNN made a call and came up short.

As they say, “it wasn’t what they said, it was how they said it”. If CNN had simply stated “CNN has elected not to publish their identity at this time”, perhaps this would all be different. It would’ve still allowed them to publish the video creator’s identity in the future if need be, and avoids any potential to perceive the message as “blackmail”.

Messaging is critical. Particularly when ensuring there is no degree of disconnect between what you intend to say, and how it could be perceived by the public. As we saw with CNN this week, one poor phrase can take you from victim to bully in an instant.

National Post VICE — An Ode to Good Ol’ Fashioned Journalism
February 3, 2017
Recent Posts
Follow Us On Instagram
This error message is only visible to WordPress admins