Binge-watching is the new norm 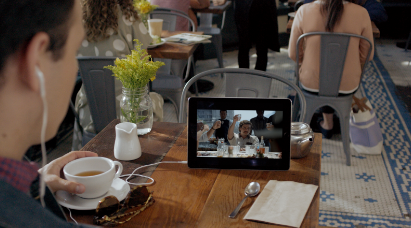 Binge-watching is the new norm. Reading a full book in one sitting has been upgraded to devouring a whole TV series in one day.

With the launch of on-demand portals like Netflix and Spotify, consumers have been given the keys to unlimited amounts of content. They can retrieve award-winning shows at their earliest convenience and on a variety of devices. The whole television model has changed completely.

Consumers are taking control of their own television time and hold the cards now. Binge-watching is a comment on the 21st century’s demand for convenience, accessibility and freedom of choice. But it’s not only millennials who are the ones that binge the most, according to a study by Media Technology Monitor: nearly half (49 per cent) of consumers 50-59-year-olds binged in the past year.

Binge-watching is also a comment on how consumers are more impatient than ever. In fact, Netflix has differentiated itself in the TV world by releasing new full seasons. They have been so successful because they know consumers don’t like to wait in between episodes. Consumers don’t have to be restricted by the schedules of linear TV, causing networks to lose their power amongst loyal viewers. Consequently, advertising revenue which traditionally supported network TV has expanded to the digital realm.

The high calibre of TV produced and readily available in large doses makes binge-watching so appealing. This trend proves that even though traditional models are slowly withering away, it doesn’t translate to a dying entertainment culture. High-quality storytelling (especially when it’s commercial free) can retain an audience’s attention for long chunks of time.

Canada has been trying to catch up to the trends with the launch of CraveTV, shomi and Movie Central other on-demand and online streaming services. A full list of where to watch movies and TV in Canada is available here.