Artist of the Week – Fabienne Colas 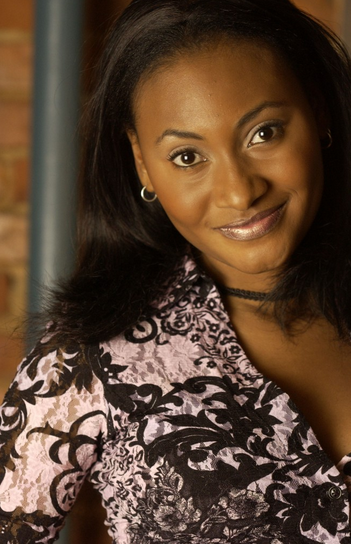 Each week Penguin & Rhino features an artist whose caught our attention. They could be in theatre, film, music or visual art. The point is we think they’re kick ass and you should know who they are.

Title: Actress, Director, Producer, President and Founder of the both the Montreal and Toronto Black Film Festivals

Who’s on your team? Some of the key people at the Fabienne Colas Foundation include:

Besides air, food, water, and love: A computer with Internet connection, my BlackBerry, coffee (lots of it daily), great films, helping others achieve their dreams.

Most definitely ODYSSEO by Cavalia, in Montreal! It was breathtaking. I recommend it to everyone!!!

Holding even more exciting editions of the five festivals (created by the Fabienne Colas Foundation): Toronto Black Film Festival, Fade to Black Festival, Festival Haiti en Folie in Montreal, Montreal International Black Film Festival, and the Quebec Film Festival in Haiti. I’ll also be touring the USA with my brand new conference series focused on creating your dream business, as well as going to other festivals around the world to network and meet great people. Plus I’ll be creating a personal website and writing an e-book on entrepreneurship.

Among the many memorable moments I can name two that were particularly memorable:

1) The day I finally realized that I had to reinvent myself in order to be apart of something greater and bigger than me. No matter how big of a star I was in my home country (Haiti) as a model, actress, and former Miss Haiti, I felt that something greater was waiting for me in Canada – and it was up to me to make it happen! That “Aha moment” changed my vision, shifted my focus, guided my steps, and transformed my career.

2) The day I met Oprah Winfrey in Montreal. She is and has been a role model for me, so getting to meet her was quite a game changer. It led me to think that EVERYTHING really is possible if you work hard at it.

I would be creating another platform that would give a voice to others, especially those who are not seen or heard. I would probably be a publicist, a reporter, a teacher, or an artist manager… anything to push others forward!!! I love to promote people who are doing great things.

Many people think they should wait for the appropriate time to start a business, launch a new project, or take action on a dream… but the truth is, the time will never be just right! You need to start where you are, with what you have. And along the way, new resources will just start coming. When I created our first festival, I had very little knowledge on how to effectively do it, but I had a clear vision in mind. Soon enough people started asking how they could help, partners started to come on board, etc. No one wants to get on a train that is going nowhere. If you want people to get on board with you, get started! Don’t spend too long thinking about wanting to do something, just get in the game and learn along the way!

Definitely Shaw Media and Global News both in Montreal and Toronto. They are such strong supporters of diversity and all we do to help and promote independent artists!!! Also to my team at the Fabienne Colas Foundation who work around the clock to make our amazing festivals become more and more solid, appealing, and meaningful. And last but not least, Torontonians, it’s hard to find greater film lovers than that!!!