Artist of the Week – Arthur Yeung 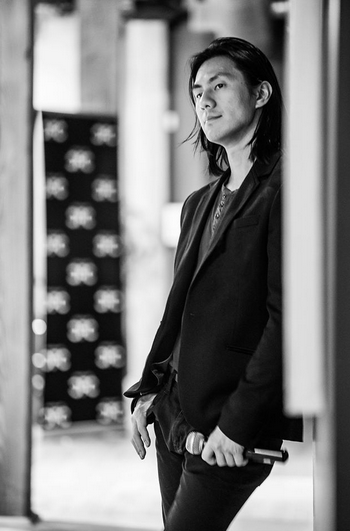 Each week Penguin & Rhino features an artist who’s caught our attention. They could be in theatre, film, music or visual art. The point is we think they’re kick ass and you should know who they are.

I recently witnessed my first Vogue Ball at Harbourfront Centre’s annual #artlive Vogue Ball. It blew my mind. Stupidly, I only expected it to be like the walk off scene from Zoolander. But it was so much more. The best part is how rowdy the crowd gets, thanks to a phenomenal MC, and the brave audience members who jump on stage to strut against the pros.

Working on a Depression Era record and the Automates musical robots in between stuffing my face with the “5 Things That I Can’t Live Without” and listening to Bjork’s new album from start to finish.

I got to tour the world as the composer/performer with an omnibus film + live music project commissioned by the Toronto Reel Asian International Film Festival called Suite Suite Chinatown. Spearheaded by filmmaker Aram Collier, each new performance featured a new, live soundtrack with local musicians in each city. Collaboration is not only fun. An important part of it involves assessing/accepting strengths and weaknesses, and becoming efficient with one’s own creativity. I also learned about my love of traveling light.

Creativity is a process. There are so many exercises and techniques for the creative process eg. idea generation, fleshing out ideas or overcoming creative blocks. Allotting the proper time for these things is essential. Waiting around for inspiration to strike seems terrible.