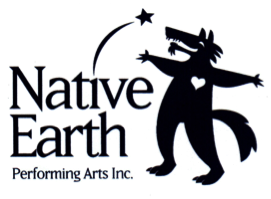 “A perfect storm of exciting theatre, everything coming together just so.”
NOW Magazine

May 21, 2015, TORONTO – The raw, gripping drama, Stitch by Cliff Cardinal, comes to Toronto this June in a production produced by Culture Storm and presented by Native Earth Performing Arts. Stitch, starring Georgina Beaty as Kylie Grandview, is the runaway hit from Cree playwright Cliff Cardinal first seen at SummerWorks Performance Festival in 2011. Stitch was awarded the SummerWorks Spotlight Award for Performance, as well as Theatre Passe Muraille’s Emerging Artist Award for its notable artistic merit.

“We are honoured to support Indigenous writer, Cliff Cardinal, and his artistic freedom in storytelling,” said Heather Haynes, Culture Storm. “This award-winning drama recognizes the importance of fostering Indigenous talent in Canada.”

Stitch stars 2013 Jessie-Award Winner for Outstanding Performance Georgina Beaty, whose fierce performance is nothing short of captivating. Beaty is a Toronto-based actor and graduate of Studio 58 and the University of Alberta who has performed on stages across Canada.

Stitch also brings together a tour de force creative team, led by Director Jovanni Sy. Sy, born in Manila and raised in Toronto, is a veteran of the theatre industry and has been with the play from the early drafts as Dramaturge. Artistic Director of Gateway Theatre in British Columbia, Sy wrote and performed in his twice Dora Award-nominated one-man play A Taste of Empire.

Culture Storm is proud to introduce Luca Caruso-Moro who makes his professional debut as composer for Stitch. Rounding out the team is stage manager, Jen Stobart, who has been stage managing large and small shows for over 25 years.

Native Earth Performing Arts is Canada’s oldest professional Indigenous theatre company. Currently in their 32nd year, they are dedicated to creating, developing and producing professional artistic expressions of the Indigenous experience in Canada. Through stage productions (theatre, dance and multi- disciplinary art), new script development, apprenticeships and internships, Native Earth seeks to fulfill a community of artistic visions. It is a vision that is inclusive and reflective of the artistic directions of members of the Indigenous community who actively participate in the arts.
Media Contact:
Ally La Mere
Account Executive, ClutchPR
ally@clutchpr.com | 647.294.2559